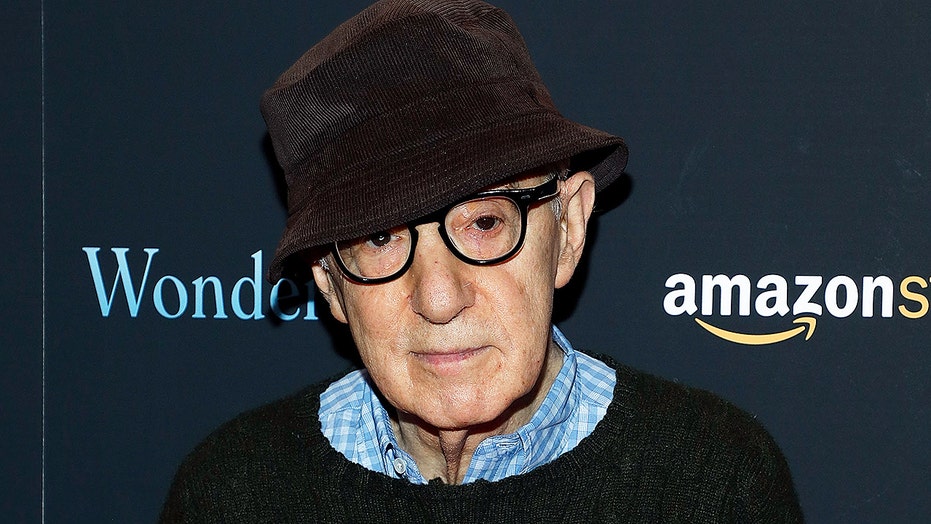 The 84-year-old fiercely defended his romance with the 49-year-old in his new memoir titled “Apropos of Nothing,” People magazine reported on Wednesday. The relationship had sparked outrage because Soon-Yi, the adopted daughter of his ex-wife Mia Farrow, was his step-daughter when he was married to Farrow.

“I adore Soon-Yi, and despite the huge amount of flack I got for pursuing her, it was worth every second of it,” the director wrote in his book, as reported by the outlet.

“Sometimes, when the going got rough and I was maligned everywhere, I was asked if I had known the outcome, do I ever wish I never took up with Soon-Yi? I always answered I’d do it again in a heartbeat.”

Woody Allen kisses his now-wife Soon-Yi Previn, the adopted daughter of his former lover Mia Farrow, in a gondola in Venice's Grand Canal on December 24, 1997. (Reuters)

Allen also shared that his union with Previn has been one of the happiest times of his life – though they didn’t like each other when she was a child.

“Soon-Yi and I had no interest in knowing about each other,” Allen reflected. “I thought she was a quiet, boring kid, and she thought I was her mom’s patsy. All that was missing was a ring through my nose.”

According to Allen, a friendship formed after they attended a basketball game together.

“[It took] a long, long time to move from square one to this mutual caring, but it would happen and surprise us both,” wrote Allen.

Previn was 21 and visiting from college when Allen made a bold move and kissed her.

Allen alleged that Previn responded, “I was wondering when you were going to make a move.”

“Of course I understand her shock, her dismay, her rage, everything,” Allen wrote. “It was the correct reaction.”

Allen published his controversial memoir on Monday after it was dropped by its original publisher due to backlash, People magazine reported. In the book, he addressed the rifts in his family, including his estranged daughter Dylan Farrow.

“One of the saddest things of my life was that I was deprived of the years of raising Dylan and could only dream about showing her Manhattan and the joys of Paris and Rome,” he wrote in the controversial book.

Dylan Farrow claimed her adoptive father molested her when she was 7-years-old. (AP)

“To this day, [my wife] Soon-Yi [Previn] and I would welcome Dylan with open arms if she’d ever want to reach out to us as [my son] Moses did, but so far that’s still only a dream.”'

“Anyhow, you think that was a wise judicial decision, given the options available” he continued. “I think it was not only deliberately cruel to me but also catastrophic for Dylan, as you will later see.”

Dylan previously accused Allen of molesting her when she was a child. In an open letter published by The New York Times in 2014, the 34-year-old detailed her molestation claim.

“For as long as I could remember, my father had been doing things to me that I didn’t like,” she wrote at the time.

Allen has long denied the allegations, which were first reported during his 1992 split from the actress. While Allen was not charged, a Connecticut prosecutor said there was probable cause for a criminal case.

RONAN FARROW ACCUSES 'CATCH AND KILL' PUBLISHER OF WORKING WITH WOODY ALLEN BEHIND HIS BACK, CUTS TIES

According to People, Hachette was originally set to publish Allen’s memoir. However, the publisher dropped the book after many of the company’s employees staged walkouts in protests.

Dylan and her brother Ronan Farrow also slammed the publisher for giving Allen a platform for his memoir. In addition, the siblings alleged they were never contacted by the publisher to offer any consultation on the book.

“Hachette’s publishing of Woody Allen’s memoir is deeply unsettling to me personally and an utter betrayal of my brother whose brave reporting, capitalized on by Hachette, gave voice to numerous survivors of sexual assault by powerful men,” Dylan wrote in a statement.

“For the record, I was never contacted by any fact-checkers to verify the information in this memoir, demonstrating an egregious abdication of Hachette’s most basic responsibility,” Dylan stressed.

SCARLETT JOHANSSON DEFENDS FRIENDSHIP WITH WOODY ALLEN: 'I BELIEVE HIM'

Ronan, 32, released his own statement and shared “he was disappointed to learn” of Hachette signing on to publish the book and how it “concealed the decision from me and its own employees while we were working on ‘Catch and Kill’ – a book about how powerful men, including Woody Allen, avoid accountability for sexual abuse.”

“The decision to cancel Mr. Allen’s book was a difficult one,” responded Hachette in a statement. “We take our relationships with authors very seriously and do no cancel books lightly. We have published and will continue to publish many challenging books.”