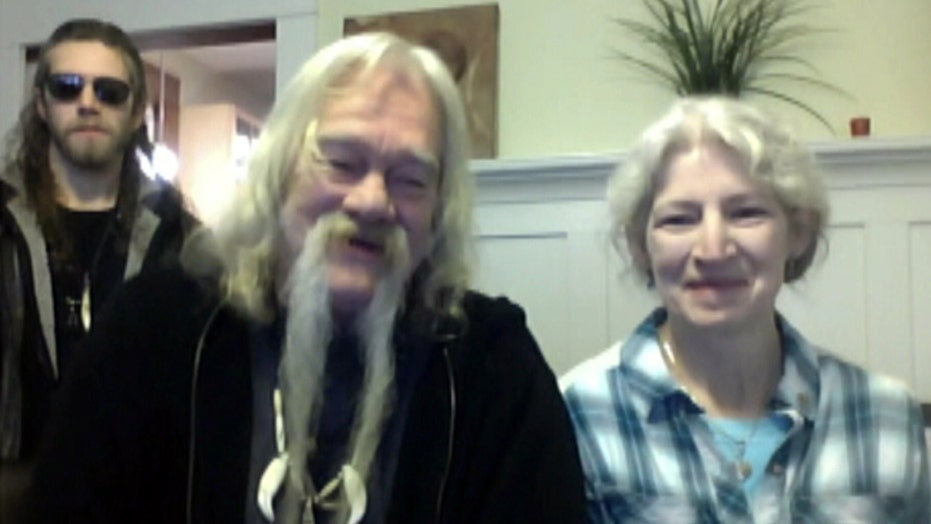 'Bush People': We didn't realize what we were getting into

In The Zone: Billy and Ami Brown of Discovery's 'Alaskan Bush People' on dealing with a bear rampaging through their home and returning for a third season of their reality show

Several of the reality TV family members are accused of stealing a total of $20, 938 by lying on applications for Alaska’s annual oil revenue windfall check.

The state gives nearly every year-round resident an annual check for $1,884, and four family members are accused of not living in the state from 2009 to 2012, but saying they did.

Two of family members tried to plead on Wednesday to second-degree unsworn falsification, but the judge rejected their plea and wants them to do jail time.

The show's network, Discovery, is now faced with the decision whether to cancel the popular series, as it has done with other shows that faced controversy.

A Discovery rep told FOX411 “no comment” as to the fate of the show, but if past indicates present it is possible the “Alaskan Bush People” may not stay reality stars for long.

Discovery’s “Sons of Guns” was given the axe after their star, Will Hayden, was arrested and charged for raping a minor in August 2014. It’s sister network TLC canceled “19 Kids and Counting” after eldest son Josh Duggar was accused of molesting minors including his sisters, and “Honey Boo Boo” was given the pink slip after June Shannon AKA “Mama June” publicly dated her daughter Anna’s child molester, Mark McDaniel.

Terms of the agreements called for a suspended jail sentence, community service and restitution of $7,956 for Billy Brown and $1,174 for Joshua Brown.

But Juneau Superior Court Judge Philip Pallenberg rejected the agreements, saying he thought the sentences should have involved jail time. Attorneys for the men withdrew the pleas following Pallenberg's decision.

Pallenberg said that when someone steals an Alaska Permanent Fund Dividend, it's a theft from every Alaskan because everyone else's dividend is a tiny bit smaller. Most Alaska residents receive a yearly payout from earnings off the Alaska Permanent Fund, which was born of the state's early oil wealth and has grown through investments. To qualify for the dividend, one must have been a resident of the state for the preceding calendar year.

In separate, signed statements accompanying the plea agreements, Billy and Joshua Brown said they left Alaska in October 2009 and did not return until August 2012. Contrary to what was stated on several applications for dividends, they did not have a principle place of residence on Mosman Island in southeast Alaska from 2009 to 2013, each of the statements said.

"By submitting falsified PFD applications for myself and my children, I stole $7,956 from the people of Alaska," Brown wrote in a signed statement for a proposed plea deal, according to the Alaska Dispatch News.

Billy Brown, his wife and four of their sons had faced charges alleging they had applied for dividends to which they weren't entitled.

Pallenberg also expressed reservations with an agreement reached between prosecutors and those not under the plea agreement calling for an order of dismissal by the court that includes an order that they not file for dividends. Pallenberg said he's not convinced he has the authority to order people to do things, or not to do things, as part of a dismissal order and wasn't willing to sign that.

Before the plea agreements were entered into, the indictments against Billy Brown and his wife, Amora, had been dismissed. Pallenberg said the state will have to decide whether to seek a new indictment.

Charges remain pending against sons of the Browns though they also are seeking to have the charges against them dismissed, attorneys said.

The Browns were not in the courtroom Thursday; they attended the hearing telephonically. The family has appeared on Discovery’s “Alaskan Bush People” since May 2014. The show’s third season premiered on Nov. 11.

FOXNews.com's Diana Falzone and The Associated Press contributed to this report.