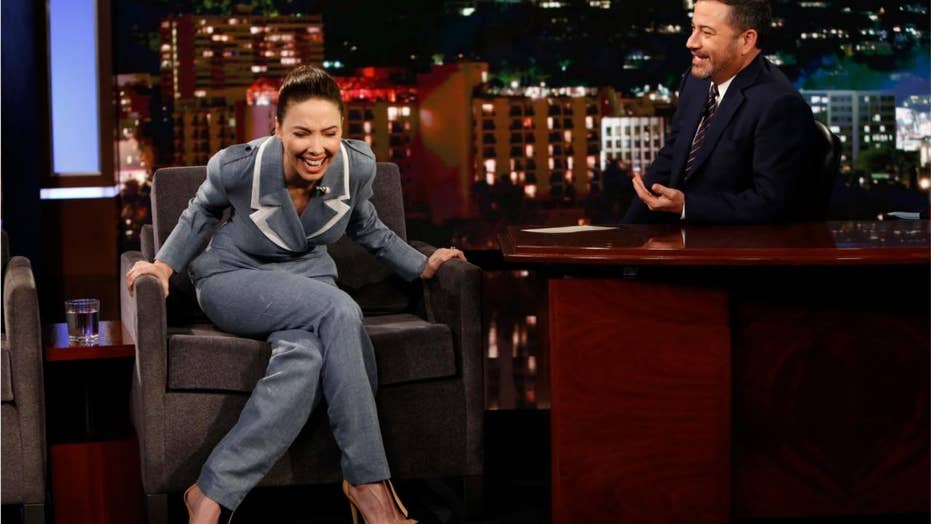 The image is reportedly a screenshot from an Instagram story in which the 36-year-old exposed her nipple. Cummings wasn’t interested in paying to keep the photo off social media. Instead she chose to post the picture herself.

Comedian Whitney Cummings took her power back from an alleged hacker whom she accused of threatening to extort her with a topless photo.

The image is reportedly a screenshot from an Instagram story in which the 36-year-old former "Roseanne" showrunner accidentally exposed her nipple.

She explained in a series of tweets on Monday, “1) In April I accidentally posted an insta story that showed nipple. Once I realized, I deleted. The people who took screen grabs are trying to get money from me, some said they have offers to sell them, some are asking for money to not post the photo.”

Along with the photo, Cummings posted a screenshot of a message allegedly from hacker that reads, "How much would it cost to not share this photo?"

“When a woman in the public eye is extorted, we have to spend time, money and energy dealing with it, hiring lawyers and security experts, and living with a pit in our stomach about when and how we will be humiliated,” Cummings stated. Y’all can have my nipple, but not my time or money anymore.”

As far as the identities of the alleged hackers, Cummings was surprisingly empathetic in her reason for not sharing them.

“I’m not posting the names of the people trying to extort me because some of them might be dumb kids. I wouldn’t want the stupid ideas I had when I was a teenager to follow me around forever or else every time someone Googled me, they’d see me shoplifting a NO FEAR t-shirt,” she tweeted.

She continued, “Now I’m getting threatened with ‘we have access to your iCloud.’ I’ll be honest, I stand by most of my nudes. Frankly I’m way more embarrassed by all the inspirational quotes I’ve screengrabbed.”

Cummings isn't alone in her struggle with attempted blackmailers online.

In June, Bella Thorne also posted her own topless photos on Twitter after a hacker allegedly threatened to leak them.

“For the last 24 hours I have been threatened with my own nudes I feel gross, I feel watched, I feel someone has taken something from me that I only wanted one special person to see,” the 21-year-old former Disney star wrote. "For too long I let a man take advantage of me over and over and I’m f—king sick of it, I’m putting this out because it’s MY DECISION NOW U DONT GET TO TAKE YET ANOTHER THING FROM ME. I can sleep tonight better knowing I took my power back. U can’t control my life u never will.”