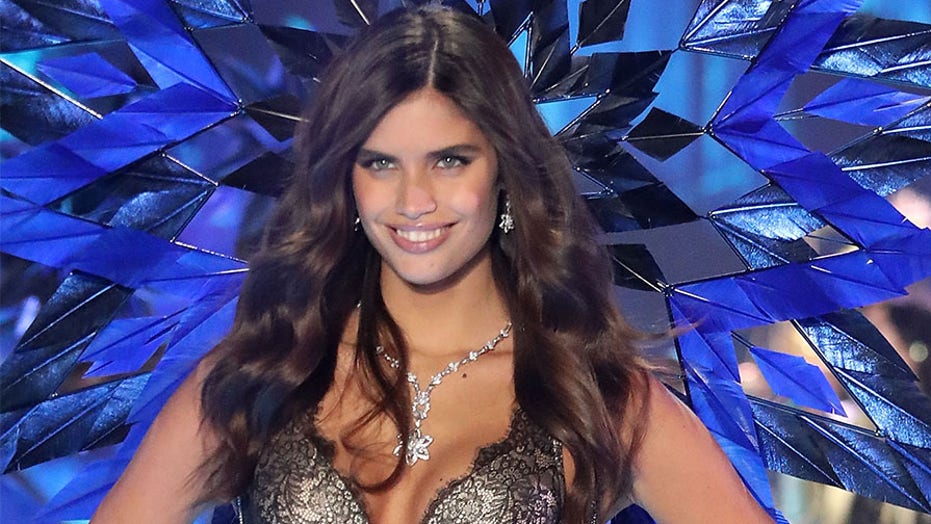 Sara Sampaio has been savoring the beauty that Arizona has to offer.

The Victoria’s Secret model took to Instagram recently to share several photos from her stay in Lake Powell. The Portuguese star proudly flaunted her camera-ready swimsuit bod in a snakeskin-print string bikini.

“Really one of the most beautiful places on Earth!” captioned the 29-year-old in one of her sizzling snaps of the desert oasis.

“I’ve been dreaming of coming here for so long can’t believe it took me this long!” added Sampaio.

In one photo, a beaming and makeup-free Sampaio boasted she “went on the most beautiful boat ride” while soaking in the rugged terrain and crystal blue waters.

The U.K.’s DailyMail reported on Wednesday that Sampaio previously opened up to her 7.5 million followers about how she was managing her mental health during lockdown amid the coronavirus pandemic.

“I actually deal with anxiety and depression on a regular basis so I gotta be honest, the first few weeks I was the least anxious I’ve ever been,” she explained, as reported by the outlet. “But these past two weeks I’ve been a little bit more down and anxious.”

Sampaio also opened up about facing trichotillomania, a condition that gives her the urge to pull or pluck her hair.

“I’ve been having it since I’m 15 and I still do it,” said Sampaio. “There are times when I pick more than others. There were a few couple of weeks during quarantine that I was just ripping them off… when my nails are short I don’t tend to pick as much and that helps them grow back. So I’ve been trying to keep them short during the quarantine, but sometimes it’s hard because it feels so good.”

Sampaio first embarked on her modeling career at age 16, when she won a contest in Portugal. The prize was a contract with an agency. Sampaio started off modeling part-time as her parents insisted she finished high school. After completing her studies, Sampaio soon became in-demand, ultimately earning her wings for Victoria’s Secret.

“I remember the conversation clearly in my head,” Sampaio recalled to Fox News back in 2016 about becoming an Angel for the lingerie brand. “My agent called me and was like, ‘Have you heard?’ I said, ‘Have I heard what?’ And he’s like, ‘No one told you?’ … Victoria’s Secret wants you to be an Angel.’ … I couldn’t believe it. Things didn’t become real until the announcement. … The moment the word was out, all of it started sinking in. I was actually one of the new Angels. It’s pretty surreal.”

When it came to her coveted curves, Sampaio insisted it’s all in a day’s work.

“Well, it’s part of my job,” she shared. “Like a boxer has to train every day to be in the best shape. My body is my tool of work so I have to keep it in shape all year because that’s what my job asks [of] me. I can pretty much eat everything that I want. But I do work out. It’s good for you. Also, I do have to build up muscle and I have to be toned. I try to do several things. I get very bored if I do the same thing over and over. Every time I’m near a beach, I try to surf or go for a hike.”

“I’m not very careful about things that I eat,” she admitted. “Sometimes I break out a little bit. I try to force myself to drink a lot of water because there’s no other trick that works better than water.”

SUZANNE SOMERS, 73, SAYS SHE'S PASSIONATE ABOUT STAYING IN SHAPE: 'FIND A MOVEMENT PROTOCOL THAT TURNS YOU ON'

But despite Sampaio’s approach to fitness, she does have guilty food pleasures like anyone else.

“I love pizza,” she said. “Italian food – pasta, pizza, bread – I love it. I was raised in Portugal so we have a super Mediterranean type of food. We eat a lot of rice, pasta, meat, fish. But my favorite is definitely pizza. I would eat it every day if I could.”