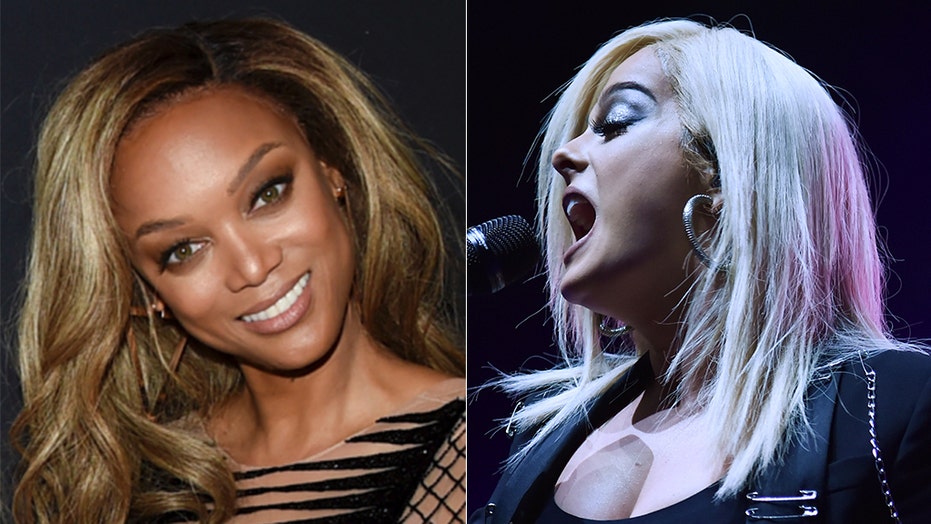 Tyra Banks is fighting back against ageism in Hollywood.

The model and businesswoman, who is 45, came to the defense of singer Bebe Rexha, who recently revealed a male executive told her she's “too old” to be sexy at 29.

“I think she’s the sexiest. Oh my God. When you watch her on Instagram, do you see her pictures? I’m like, ‘I want to look like you’ … that body. Her face! She’s like stunning … intimidatingly stunning,” Banks told Access Hollywood on Wednesday.

BEBE REXHA ADDRESSES CRITICS OF RACY MUSIC VIDEO: 'IF I WANT TO BE SEXY, I'M GOING TO BE SEXY'

"When people are saying negative things about age, they have serious age, personal insecurities. And I actually really feel for that person that is being very ageist and is saying something very negative because when age starts to hit them, it is going to be traumatic. And so what they’re doing is they’re throwing that negativity that they feel about their fears about aging onto you,” she added.

Banks continued: “I say we’re human beings and so when we hear things it hurts. But I say acknowledge it and then throw it out. And by throwing it out it’s that meditation. It’s that crying, it’s that calling your friends, calling your mama. And getting that out and moving on and realizing that the person that said that is hurting inside … whenever anybody is negative about that they are terrified of it.”

The "America's Next Top Model" host and producer doesn't let any naysayers stop her.

She was recently featured on the cover of the 2019 Sports Illustrated Swimsuit issue. She first covered the magazine in 1997 and made history as the first black woman to do so.

Rexha called out the exec on social media but didn't out the person. "I recently had a MALE music executive tell me that I was getting too old and that my brand was 'confusing,'" she wrote.

"Because... I’m a songwriter and I post sexy pics on my Instagram and that’s not what female songwriters are [supposed] to do, especially for my age. I’m 29," Rexha — who turns 30 this month — added. "I’m fed up with being put in a box. I make my own rules. I’m tired of women getting labeled as 'hags' when they get old and guys get labeled as sexy with age."

She continued: "Anyways, I’m turning 30 on August 30 and you know what, I’m not running away from it. I’m not gonna lie about my age or sing songs that I feel will sell better because they sound 'younger.'"

"I’m gonna celebrate my age because you know what, I’m wiser, I’m stronger and TRUST ME I’m a much better lover than I was 10 years ago," Rexha sounded off.