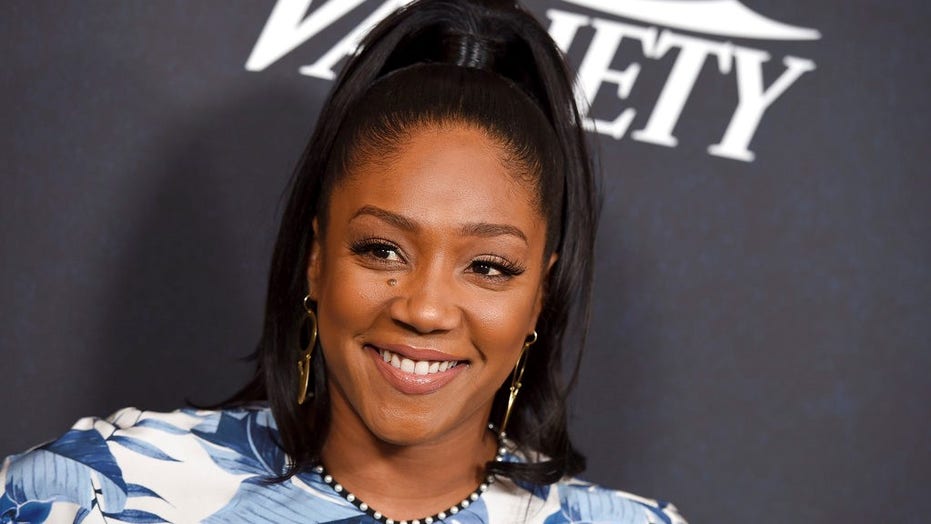 Even though Tiffany Haddish didn't win an Emmy this year, she's telling the world what she would have said if she had.

The 40-year-old comedian was nominated for outstanding variety special (pre-taped) for her comedy special "Black Mitzvah." She lost the award to Dave Chappelle and his special "Sticks & Stones."

This year, a number of Emmy nominees were asked to pre-record 30-second acceptance speeches as the awards went the virtual route as a result of the ongoing coronavirus pandemic limiting large crowds.

Haddish shared her pre-recorded speech during an appearance on "The Ellen DeGeneres Show" on Monday.

In the video, Haddish donned a gold headpiece.

"First and foremost, I have to thank God," she began in her speech. "Thank you, God. If it wasn't for you, I wouldn't be able to do anything that I do."

The "Girls Trip" star thanked a handful of others, including Wanda Sykes, Netflix and the Television Academy.

"I want to also point out that I know you see that I'm wearing this Wonder Woman thing, and you know why?" she said. "Because 1976-78 issue of "Wonder Woman," she had a Black sister. Her name was Nubia, I would like to play her."

TIFFANY HADDISH RECALLS BEING 'HOMELESS AND SCARED' IN INSTAGRAM POST: 'I'M SO HAPPY WE HAVE COME THIS FAR'

"I really want to be on 'Comedians in Cars [Getting Coffee],'" she said of the comedy legend's program. "I've watched every single episode, 86 of them, and I have yet to see an African-American female comedian that happens to be Jewish on there, so have your girl on."

"Comedians in Cars Getting Coffee" features exactly that: Seinfeld, 66, and a famous comedian heading out to grab a cup of Joe.

The clip ended with Haddish walking out of the shot as she can be heard saying, "I'm OK, I'm OK."

She explained to DeGeneres that she had tripped over a box of DVDs while making her exit.

While Haddish did not win the Emmy this year, she previously won for her appearance on "Saturday Night Live."