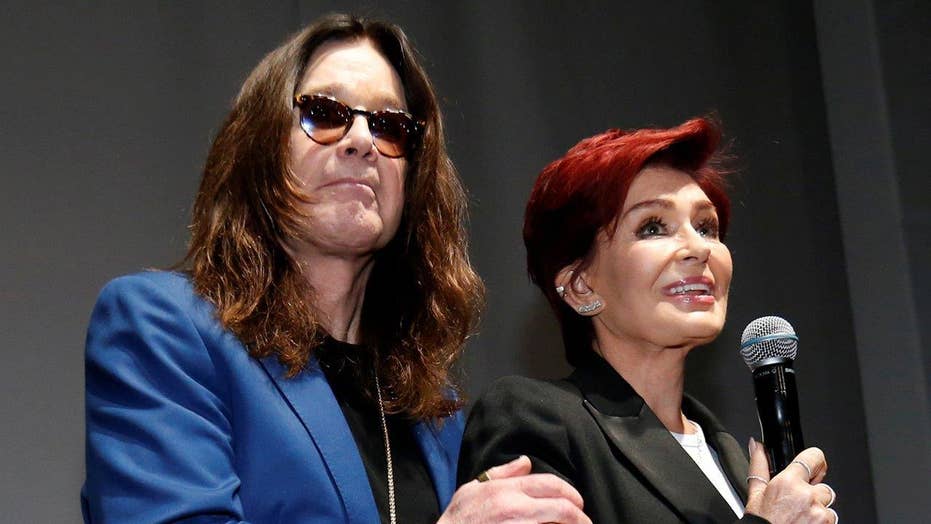 Fox 411: Rock and roll legend says every marriage full of ups and downs

"When it's somebody that has a sex addiction, it's embarrassing," the co-host said. "Somehow drugs and drink is more acceptable I think."

Sharon's comments come on the heels of a statement from Ozzy, 67, saying that he's undergoing "intense therapy."

"Over the last six years, I have been dealing with a sex addiction," Ozzy told ET.

Though clearly hurting and in tears, Sharon, 63, had encouraging remarks to make about her husband and his journey through rehab.

"He's working at it," Sharon emotionally shared. "It's hard, because it affects the whole family ... I'm proud that he's come out and admitted it finally."

While the Osbournes are trying to pick up the pieces, Ozzy's ex-mistress, Michelle Pugh, has filed a defamation lawsuit against Sharon and Ozzy's 31-year-old daughter, Kelly.

The 45-year-old hairstylist claims that she has been "slut-shamed, bullied and harassed" by tweets from Kelly -- one of which revealed Pugh's phone number and another that read, "My father is almost 70. Ever heard of elder abuse?"

Additionally, Pugh alleges that it was Ozzy who initiated their romantic involvement, and that the two dated in secrecy from 2013 until May of this year.

EXCLUSIVE: Ozzy Osbourne Says Sharon Is 'Everything for Me' in First Icy Reunion Since Cheating Scandal

"I am sorry if Ms. Pugh took our sexual relationship out of context," Ozzy told ET. "I thank God that my incredible wife is at my side to support me."