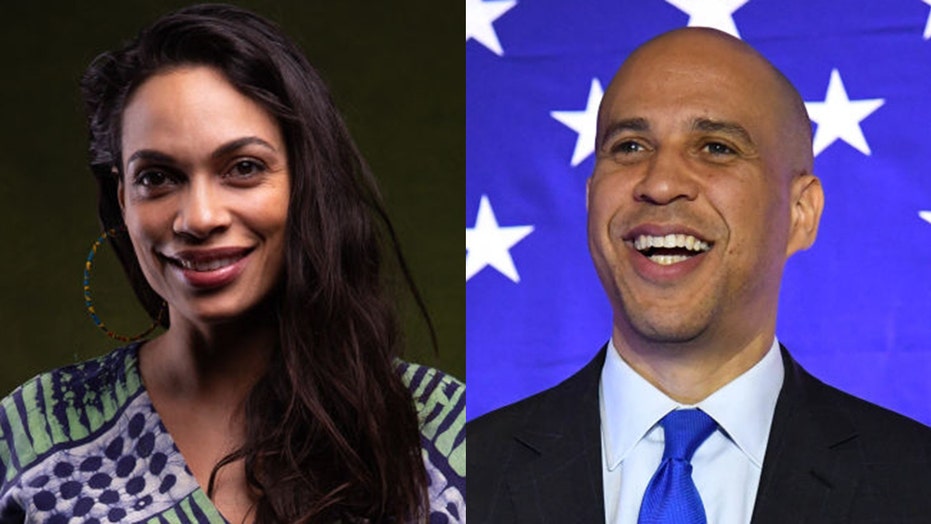 Rosario Dawson is moving across the country for her boyfriend, U.S. Sen. Cory Booker.

The actress, 41, revealed in an interview with director Kevin Smith at Mooby's pop up that she's leaving Los Angeles and heading east to New Jersey to be closer to the 51-year-old former presidential candidate.

Smith asked Dawson what she's been missing most while in quarantine, and the "Briarpatch" star admitted "my boyfriend."

ROSARIO DAWSON REACTS TO BOYFRIEND CORY BOOKER ENDING PRESIDENTIAL RUN: 'YOUR LOVE LIFTS US ALL UP'

"I haven't seen him since February. He is by himself, going between Newark and DC," Dawson said. "I'm actually in the process of moving, by the way. I'm going to New Jersey. I'm moving to Newark."

She continued, "It's time. We were thinking about moving in together anyway. But especially during all of this, it’s been really intense."

Dawson is very "excited" about taking the next step in her relationship with Booker. They've been dating since 2018 after meeting at a fundraiser.

In May 2019, Booker called his girlfriend "wonderful" and "an incredible human being" while on "The Ellen DeGeneres Show."

"As our relationship grows it's difficult, but she is such a deeply soulful person," he said. "[She] has taught me a lot of lessons about love already. That sometimes, you show the greatest strength when you make yourself vulnerable."

"She really has this nurturing spirit that's made me more courageous, not just in the love that I project and want to see in our country, but I think even in our own personal relationships to love more fearlessly," Booker continued. "So, I’m very, very blessed to be with somebody that makes me a better person."