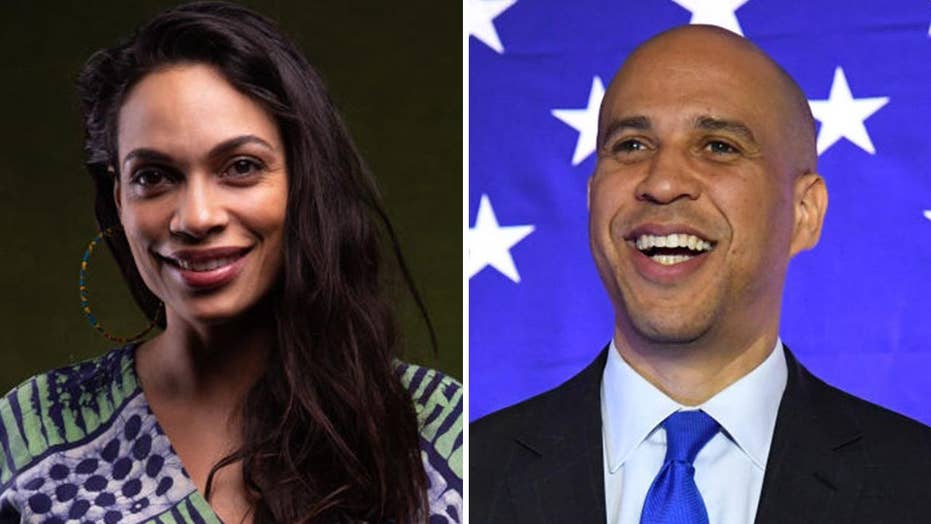 “I am dating Rosario Dawson and I’m very happy about it,” the New Jersey Democrat told reporters following a campaign stop in New Hampshire, the state that holds the first primary along the road to the White House.

DAWSON CONFESSES TO ROMANCE WITH BOOKER

The 39-year old actress broke the news on Thursday, saying “yes, very much so,” when asked by TMZ at Washington’s Reagan-National airport if she was involved with Booker, who turns 50 next month. “He’s a wonderful human being. It’s good to spend some time together when we can. Very busy.”

Rosario highlighted that “I am just grateful to be with someone that I respect and love and admire so much who is so brilliant and kind and caring and loving.”

She’s also a political activist, backing Sen. Bernie Sanders in the 2016 Democratic presidential primaries. She joined the independent senator from Vermont on the campaign trail. She endorsed Green Party presidential candidate Jill Stein in the general election, after Hillary Clinton defeated Sanders for the Democratic nomination.

Booker last month acknowledged on the popular radio program “The Breakfast Club” that he was “dating someone that’s really special.”

But he didn’t name the person he was dating.

If Booker wins the White House, he would become just the third bachelor in the nation’s history to serve as president.