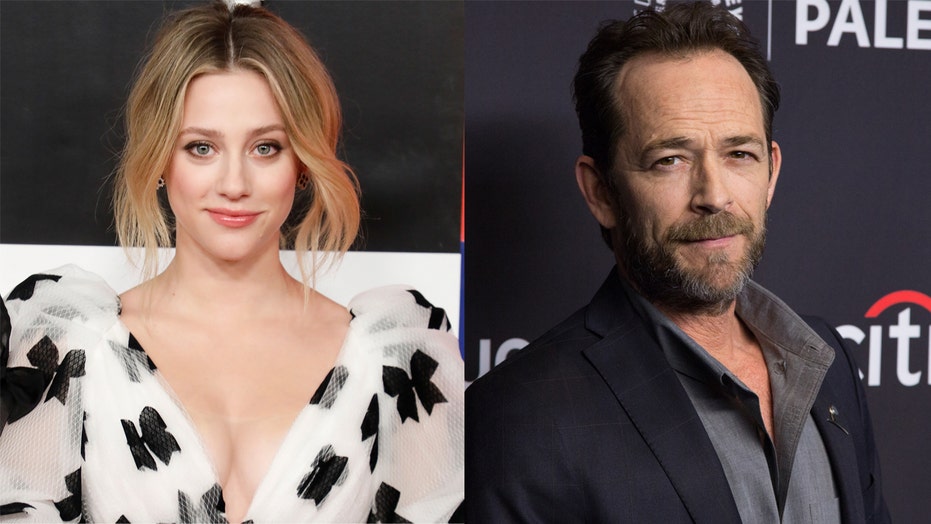 The 23-year-old actress shared a message on Twitter on Wednesday, recounting a dream she had in which Perry, who died nearly a year ago, played a part.

"I had a dream last night that I saw Luke... and I hugged him so hard and cried into his shoulder, telling him how much we all miss him," Reinhart wrote.

She also shared the message on her Instagram story, capping it off by saying, "Looking back on it this morning, I think his spirit was visiting me in my sleep, letting me know he’s smiling brightly on the other side."

Reinhart's tweet comes just two weeks before the anniversary of Perry's death, which occurred on March 4, 2019.

Perry, known for starring in "Beverly Hills 90210" before "Riverdale," died after suffering a massive stroke.

The actor was in headlines again recently when fans noticed that he was not included in the "In Memoriam" segment of the Oscars broadcast.

The Academy of Motion Picture Arts and Sciences offered the following statement to Fox News: "The Academy receives hundreds of requests to include loved ones and industry colleagues in the Oscars In Memoriam segment.

"An executive committee representing every branch considers the list and makes selections for the telecast based on limited available time," the statement continued. "All the submissions are included on Oscar.com and will remain on the site throughout the year. Luke Perry, Cameron Boyce and Tim Conway are remembered in the Oscar.com gallery."