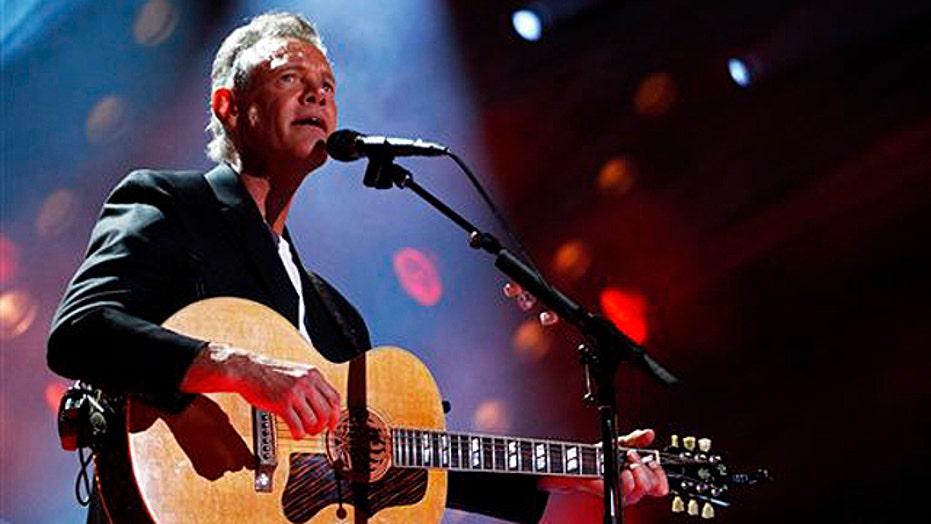 Country singer is suffering from a viral heart infection

Country singer Randy Travis remained in critical condition Tuesday at a Dallas hospital where he is being treated for acquired viral cardiomyopathy, his rep told FOX411.

The Grammy winner was admitted to the unidentified medical facility Sunday. No other details were released.

TMZ reported that the singer's health deteriorated rapidly over the past several days after he developed what he thought was a cold. Travis was then airlifted to a hospital on Sunday, according to the site.

"Contrary to reports, Randy Travis has not undergone heart surgery. Travis is being treated for viral cardiomyopathy," rep Kirt Webster said in a statement. "Travis was admitted into a Texas hospital on Sunday and underwent placement of an IMPELLA peripheral left ventricular assist device for stabilization prior to transferring hospitals."

The rep also said Travis was "thankful to the fans for their love and support during this time."

Traywick said Travis had a heart attack last year, and that heart ailments killed his mother.

The Mayo Clinic website describes cardiomyopathy as a disease that weakens and enlarges the heart muscle, making it harder for the heart to pump blood and carry it to the rest of the body. It can lead to heart failure. Treatments range from medications and surgically implanted devices to heart transplants.

Travis, 54, is best known for "Three Wooden Crosses," "Forever and Ever, Amen," "Diggin' Up Bones," and "Deeper Than the Holler."

His hospitalization is the latest in a series of tough developments for the singer, after a handful of recent high-profile appearances, including a performance during the Country Music Association Festival's nightly concert series.

He pleaded guilty to driving while intoxicated in January following his arrest last year when he was found naked after crashing his Pontiac Trans Am.

Travis was sentenced to two years of probation, fined $2000 and given a 180-day suspended jail sentence. He was required to spend at least 30 days at an alcohol treatment facility and complete 100 hours of community service.