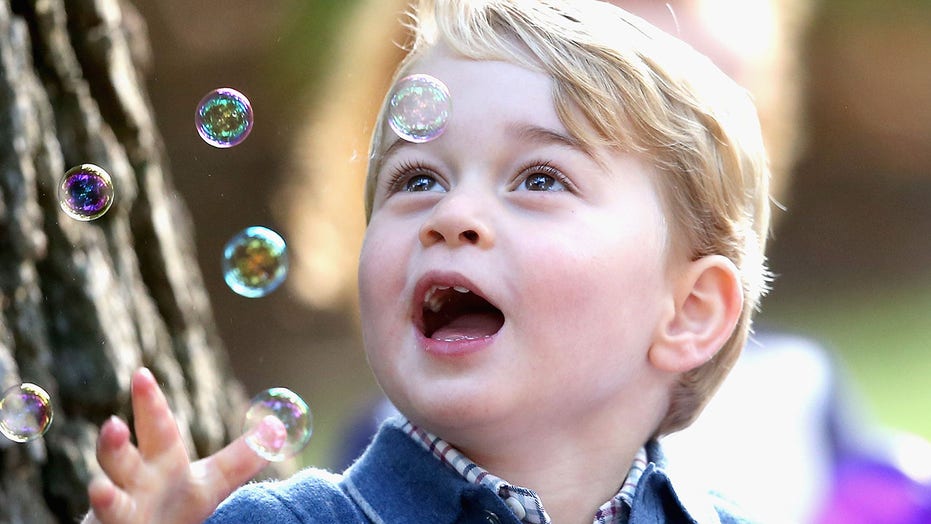 Prince George knows exactly what he wants for Christmas.

Appearing on baking expert Mary Berry’s “A Berry Royal Christmas” — which is set to air in the U.K. on Monday night — Kate Middleton and Prince William spoke about 6-year-old George and revealed what he wants for Christmas.

Prince George and Princess Charlotte arrive for the the wedding of Princess Eugenie of York and Jack Brooksbank at St George's Chapel, Windsor Castle, near London, England. (Steve Parsons/Pool via AP)

“George has already written his list for Father Christmas,” William said, according to People. “He loves his drawing – he’s a very good drawer. We might get him something for drawing. Or football [soccer]. He is loving his football as well.”

William was then asked if he enjoys soccer, to which he stated, “Yes, I’m afraid so. I try not be biased. [sic] I said you can support anyone but Chelsea. So naturally [George] supports Chelsea.”

Although William says George supports Chelsea, the family was seen at the Aston Villa vs Norwich game in early October where young royal was spotted rocking an Aston Villa T-shirt while cheering and clapping for the team.

Kate Middleton and Prince William pose for a photo with their three children, George, right, Charlotte, middle, and Louis. (AP)

In early November, a royal source claimed to The Sun that the Duchess of Cambridge wants George along with siblings Princess Charlotte and Prince Louis to have a normal childhood involving outdoor activities.

“Kate has always wanted the children to live in the real world,” claimed the insider. “She and [husband] Prince William don’t want them to live in a gilded bubble. They want them to grow up having the same experiences as other kids.”

According to the royal source, the 37-year-old British royal is getting some inspiration from her late mother-in-law Princess Diana, who wasn’t shy about breaking tradition when it came to raising her sons William and Harry.

“Kate is mindful of how much William loved his mother,” said the source. “She was very unstuffy and wanted William and Harry to fit in with their school friends and experience normality. That’s the baton she handed to Kate.”