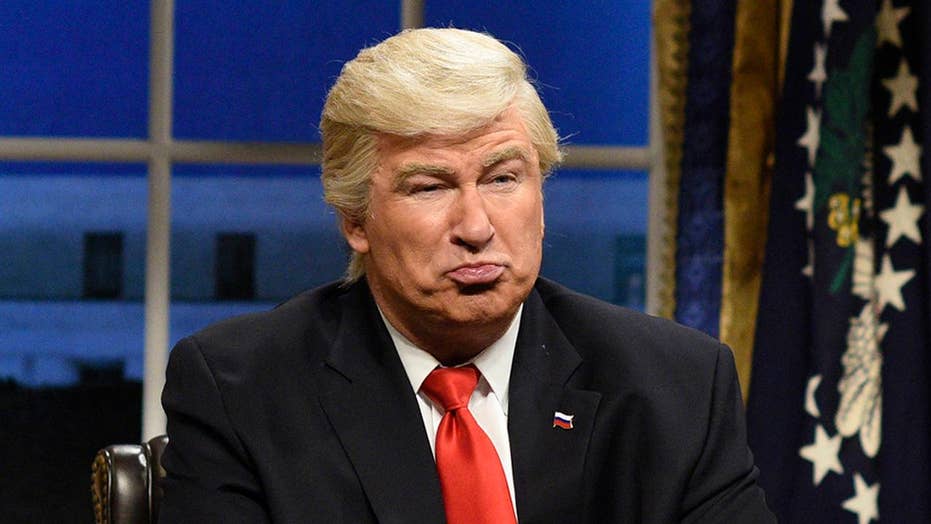 President says watching him is agony.

Stormy Daniels, the real one, appeared on NBC's “Saturday Night Live” on Saturday night in a skit with President Donald Trump -- the fake one played by Alec Baldwin.

In the show's cold open, the pair engage in negotiations over a payment that Daniels allegedly received from Trump, but which the real Trump has denied.

“What do you need for this to all go away?” the fake Trump asks Daniels.

“A resignation,” Daniels, whose real name is Stephanie Clifford, responds.

"Sorry, Donald. It's too late for that. I know you don't believe climate change, but a storm's a-comin', baby," Daniels says.