Candle Media, run by Kevin Mayer and Tom Saggs, will continue to work with Will Smith following the Oscars slap.

The media company will continue its partnership with Smith's company Westbrook, despite reports that multiple projects involving the actor had been put on hold.

"It’s a great company, they have great projects, they’re very multi-faceted, they have a film and TV production, they have social media stories like Red Table Talk […] they have a big social media branding operation, so it’s a very good company, we have a 10% stake, that’s where we are for now, we think they’re a really great company," Mayer said at the MipTV conference in Cannes on Monday morning, Variety reported.

Recent reports have surfaced that David Leitch withdrew from an upcoming Netflix film starring Smith a week before the Oscars.

According to the Hollywood Reporter, Leitch pulled out from the Netflix movie and took on another role with Universal in an upcoming film starring Ryan Reynolds called "Fall Guy."

The outlet reported that Netflix tried to find another director, but after the events that unfolded at the 2022 Oscars, the streaming service put the movie, "Fast and Loose," on hold.

Recent reports have surfaced that David Leitch withdrew from an upcoming Netflix film starring Will Smith a week before the Oscars.  (AP/Chris Pizzello)

Meanwhile, "Bad Boys 4" from Sony has been in active development, with Smith receiving a 40-page script prior to the Oscars, but a source told the outlet that the production has also been paused, adding that a few projects in post-production will be doing the same.

Following Smith slapping Chris Rock at the Oscars, the actor has resigned from the Academy of Motion Picture Arts and Sciences.

Smith announced his resignation in a statement on Friday, stating that he has "betrayed the trust of the Academy" in a statement provided to Fox News Digital.

Will Smith hits presenter Chris Rock on stage while presenting the award for best documentary feature at the 2022 Oscars. (AP Photo/Chris Pizzello)

"I have directly responded to the Academy’s disciplinary hearing notice, and I will fully accept any and all consequences for my conduct. My actions at the 94th Academy Awards presentation were shocking, painful, and inexcusable. The list of those I have hurt is long and includes Chris, his family, many of my dear friends and loved ones, all those in attendance, and global audiences at home. I betrayed the trust of the Academy," Smith said.

Smith added that he "deprived other nominees and winners" of their chance to celebrate, and said he will accept any further consequences from the board.

Will Smith and Jada Pinkett Smith arrive at the Oscars.  (AP, File)

David Rubin, president of Academy of Motion Picture Arts and Sciences, said in a statement that it has accepted Smith's resignation, and will continue to move forward with disciplinary proceedings against Smith.

"We have received and accepted Mr. Will Smith's immediate resignation from the Academy of Motion Picture Arts and Sciences. We will continue to move forward with our disciplinary proceedings against Mr. Smith for violations of the Academy’s Standards of Conduct, in advance of our next scheduled board meeting on April 18," Rubin said.

Reps for Sony and Netflix did not immediately respond to Fox News' request for comment. 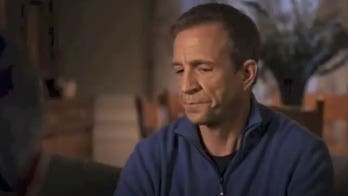 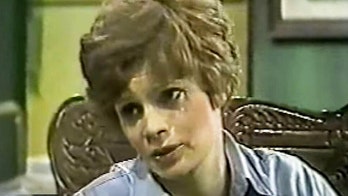