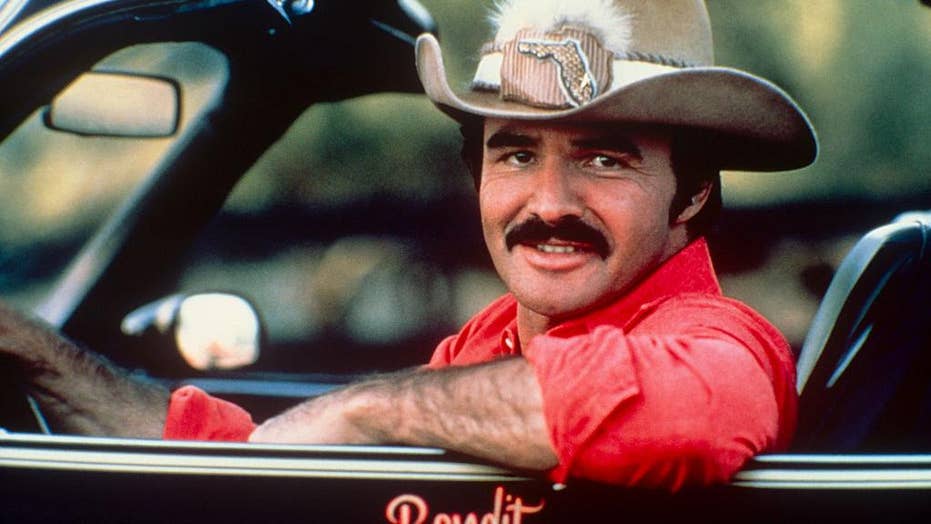 Burt Reynolds’ pals are still mourning the loss of the Hollywood star.

The legendary actor with the disarming smile and trademark mustache who starred in iconic films, including “Smokey and the Bandit” and “The Longest Yard,” died of a heart attack at age 82 in September 2018.

“Burt was so loving and giving,” Reynolds’ “Evening Shade” costar Marilu Henner told Closer Weekly in the magazine’s latest issue. “He was the most wonderful, generous person I’ve ever worked with.”

“The thing I loved about Burt was what you saw was what you got,” added co-star Elizabeth Ashley. “He always had your back.”

“He was always bent on doing the right thing,” she recalled to the outlet. “Burt talked like he was a bad boy, but he was a good kid.”

Actor Burt Reynolds attends the screening of "The Bandit" during the 2016 SXSW Music, Film + Interactive Festival at Paramount Theatre on March 12, 2016, in Austin, Texas. (Photo by Mike Windle/Getty Images for SXSW) (Photo by Mike Winde/Getty)

Hollywood producer Rob Burnett said he was in awe of the late star.

“[He] couldn’t have been [a] nicer or [more] approachable [guy],” said Burnett. “But there was still an undeniable aura about him, like he was the last of the old-time movie stars.”

And Reynolds remained dedicated to his work all the way to the end. Producer Suzanne Niedland said Reynolds was working on a docuseries about his life shortly before his death. According to the outlet, the project is scheduled to be released in 2020.

“Viewers will meet a man who’s not only tough and funny but caring and vulnerable,” said Niedland.

Back in June, Reynolds’ business partner Gene Kennedy told Fox News the actor was like “a grandfather figure.”

“Burt was definitely a father figure, a grandfather figure to me,” he explained. “I mean, we were good friends, but over the times we had to travel together, I got to know him on a personal level. Very smart man, gave me a lot of wisdom and advice.”

“I've got five grandchildren, and he was very active in their lives,” continued Kennedy. “We did things together, sometimes with the children. And I think it made him happy and us, as well. My father passed away in '07, so we definitely hit it off in that regard. So he's been a big influence on my life. I definitely wouldn't be in some of the positions I've been lately without Mr. Reynolds. His participation in my life has changed it forever for me.”

Kennedy said that despite his star-status, Reynolds was proud to call Florida home.

SALLY FIELD REACTS TO BURT REYNOLDS' DEATH: 'HE WILL BE IN MY HISTORY AND MY HEART, FOR AS LONG AS I LIVE'

“He loved California,” he explained. “He definitely had a home here. But his true home was in Florida. His father was the police chief at Riviera Beach in Florida. When he was a young man, he wanted to go off to college in Florida. It was his home state, and he loved Florida very much. The Southern traditions and the beach and the coastal area of West Palm Beach and Jupiter, that was his home. That's where his roots were.”

Kennedy said that Reynolds’ death took him by surprise.

“We actually did an event in August in Tennessee up in Knoxville,” he said. “And I usually would fly with him to some of the events. We had a private plane scheduled to pick him up. But I had to remain behind to get some props and things moved with one of the trailers and I stayed behind. But I took Burt to the airport. We chatted a little bit on the way there. I drove him out on the tarmac and I helped him get on the plane. We hugged and I told him I love him. That was the last time I ever saw Burt — when he got on the plane. He passed away that September.”

“It was tough,” Kennedy continued. “We had an event scheduled in Las Vegas for late September or early October that we were preparing for. We were just in disbelief. I mean, he had just been to the doctor and got a clean bill of health. He was all set to go and [had] no issues. He was also studying for the Quentin Tarantino movie that's coming out next month, and I know he was reading for that. He had just actually come to LA the month prior, also, to read with Brad Pitt on that movie, as well.

BURT REYNOLDS' SON QUINTON AND EX-WIFE LONI ANDERSON REACT TO HIS DEATH: WE'LL 'MISS HIM AND HIS GREAT LAUGH'

“And he was very excited about being able to do that. So it really took us all by surprise. I mean, I literally heard it on the radio and got a phone call from the family almost immediately when it happened. It took us all by surprise, and I had to pull over for a minute. I was actually on the interstate driving when I heard it, and I had to pull over for a second. I was in disbelief to what I had just heard... We all knew Burt was older. We all have our ailments, but nobody ever expected it because he was just so full of energy and so full of life. He was still doing his craft and staying busy working.”

Promotional portrait of American actor Burt Reynolds on the set of the television series, "Riverboat," circa 1960. (Photo by NBC Television/Getty Images) (Getty)

Burt Reynolds was proud of his "Smokey and the Bandit" legacy. (Julien's Auctions)

In a statement at the time, Reynolds’s rep Erik Kritzer said: “Mr. Reynolds has been released from a hospital in Florida in which he had a planned bypass operation. He wants to thank everyone for their good wishes and states that he has a great motor with brand new pipes and he is feeling great. Doctors plan on a speedy recovery. ”

Reynolds is survived by his son Quinton Anderson Reynolds, whom he shared with Loni Anderson.