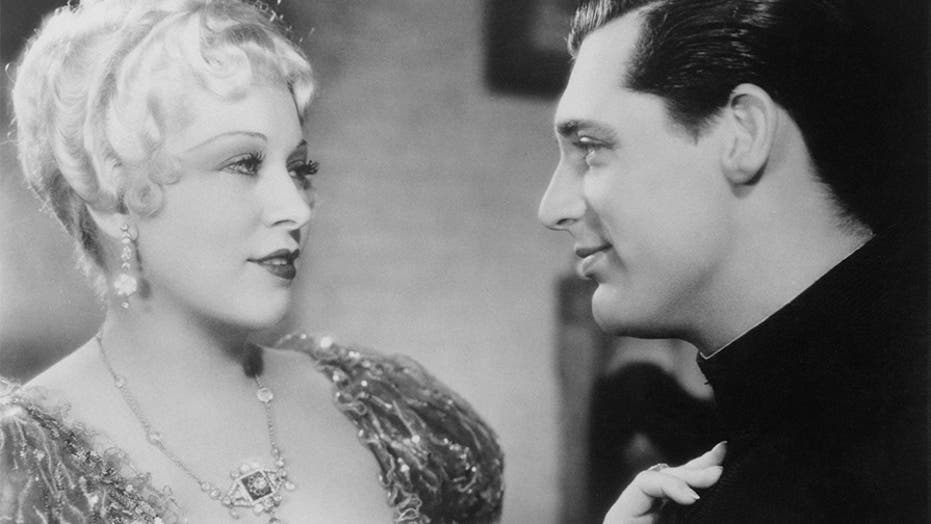 Mae West is making headlines again, nearly 40 years since her passing in 1980.

In July of this year, Julien’s Auctions announced a Nov. 1 sale featuring over 230 items that the ‘30s sex symbol owned and used in her career before her death at 87 of natural causes following a stroke. The event, titled “Property From the Life and Career of Mae West,” is kicking off with the help of her longtime assistant and secretary, Tim Malachosky, who worked with the Hollywood star during the last decade of her life.

Malachosky, who first wrote a fan letter to the actress, went on to work for West at age 18, developing a close relationship that lasted until her death. During that time, he carefully preserved many of West’s treasured items, including her stage-worn dresses, jewelry and household items, just to name a few. Now, he hopes many of her longtime fans can own a piece of the “Sex” star, as he insisted she would have wanted.

Malachosky spoke to Fox News about why he’s auctioning West’s personal collections now, how he wound up working for her, how she really felt about Hollywood and what her final years were like.

American actress Mae West on the set of She Done Him Wrong, directed by Lowell Sherman. ((Photo by Paramount Pictures/Sunset Boulevard/Corbis via Getty Images)

Fox News: What inspired you to participate in this auction and why now?
Tim Malachosky: Truthfully, it was just difficult for me to part with anything. Every time I would look at something, it just had a personal memory. For many years, people would always tell me, “Why aren’t you selling?” But I just couldn’t. But now — this is going to sound kinda crazy, but she was very much into ESP [extrasensory perception]. She came to me in a dream, back in April of this year, and she said, “It’s time to part (from) these things. Keep the important stuff. But you’ve got a lot. It’s time to let others enjoy it and take care of it.”

Fox News: Why was Mae West fascinated by psychics and the paranormal?
Malachosky: When her mother passed away she was devastated. Her mother was her world and felt Mae could do no wrong. And she always supported her. So when she passed, Mae was trying to figure out if there was an afterlife. She attended a couple of séances to help her figure that out.

Fox News: Which items were you hesitant to part with?
Malachosky: As you can image, there are many items that just had special meanings. But there are two movie pieces in particular. There’s a gown specifically designed for her to wear in [1937’s] “Every Day’s a Holiday.” Another was a gown that was designed for her to wear at the premiere of [1933’s] “I’m No Angel.”  But of course, there are the iconic pieces, like the red gown she wore for [the play] “Diamond Lil.” She toured the country with that gown for the revival in 1948.

The red dress that Mae West wore as the character Diamond Lil in the 1933 Oscar-nominated Lowell Sherman film "She Done Him Wrong" with Cary Grant is the most valued piece in the auction, The Hollywood Reporter shared. It is estimated to generate bids of $10,000 to $20,000. (Julien's Auction)

Fox News: How did you end up becoming Mae West’s assistant?
Malachosky: I was a high school student living in Santa Monica at the time and I wrote her a fan letter that was sent to her Santa Monica beach house. I didn’t think I would ever get a response, but I did. She actually called me one day and asked me to visit her beach house so she can meet me. She was having an ESP gathering with her psychic Richard Ireland and wanted me there. This was back in 1969.

Several years later I asked her why she invited me that day. I had never seen her really call anybody else other than her sister. But [Mae] said she just felt she could trust me. She had a feeling.

Fox News: What was it like meeting Mae West for the first time?
Malachosky: Oh my gosh, I was so nervous. I was the very last person to greet her. She had an area in her home where everybody would go in and greet her. I was the very last person and it took a lot of nerve. But she just glowed. It was incredible. I introduced myself and she said, “Oh dear, I’m so glad you came.” She was still that same witty Mae West… She basically said, “My number’s in the phone book. Give me a call.” That’s how we ended that evening. I did keep the gown she was wearing that day.

Mae West (1893-1980), US actress, in a publicity still issued for the film, "Myra Breckinridge," 1970. The film, adapted from the novel by Gore Vidal and directed by Mike Sarne, starred West as Leticia Van Allen. ((Photo by Silver Screen Collection/Getty Images)

Fox News: How did Mae West feel about Hollywood?
Malachosky: She loved Hollywood. She just wasn’t fond of nudity in films. She would always say, “They just throw that in. I can do more with my clothes on than with them off. You’ve got to leave something to the imagination."

Fox News: In films, Mae was always surrounded by male suitors. Was that the case when cameras stopped rolling?
Malachosky: Even when cameras weren’t rolling, Mae was always made up and glamorous. She was very old school and felt if you were a celebrity, you had to maintain that image for your fans. But her life at home was much quieter. We would sit and watch TV or she would read the paper. She spent her time visiting family, giving interviews or writing. She was always writing and staying busy. Working was her passion. She was actually in the process of writing a book when she passed away.

Fox News: What surprised you the most about Mae West from that initial meeting?
Malachosky: How down to Earth she was… I remember I called her one day and she said, “Meet me at the beach house at four o’clock.” I met her and then she said, “I’m taking you to dinner, where would you like to go?” I just said anywhere. I was so overwhelmed. But I never forgot that. She took me to my favorite German restaurant in Santa Monica at the time. We had dinner and then she gave me four huge boxes of fan mail to answer *laughs*. I basically then became in charge of answering her fan mail.

One of Mae West's gowns that longtime assistant and secretary Tim Malachosky saved from over the years. (Julien's Auctions)

Fox News: How would you describe your relationship with her?
Malachosky: It was pretty incredible actually. We never had any disagreements. She treated me like one of her family members.

Fox News: What are some fun facts about her that would surprise fans today?
Malachosky: She was probably the first woman to go into movies when she was 39 and pretty much demanded what she wanted and got it. She wrote her own scripts, her own dialogue. She was the highest-paid woman in the United States in 1938. But the thing that really impressed me about her was her loyalty to her fans. She would go out of her way to sign autographs and meet everyone. She once told me, “If it weren’t for my fans, I wouldn’t be who I am today.” She never forgot that.

Fox News: What was Mae’s relationship like with her family?
Malachosky: She had one sister whom she kept in close contact with. She pretty much took care of her family. Her mother died in 1930 so she didn’t get to see Mae when she came to Hollywood. But her sister came and then later her brother and father followed. Her father passed away in 1935 but she pretty much took care of the whole family.

American actors John Huston and Mae West sit at a restaurant table in a still from the film "Myra Breckinridge" directed by Michael Sarne, 1970. (Photo by 20th Century Fox/Courtesy of Getty Images)

Fox News: What are some misconceptions about Mae’s life you feel still exist today?
Malachosky: There was a rumor that started probably in the 1970s that she was a man. She was not *laughs*. I still get that question a lot. I don’t think a lot of people know just how charitable she was… When she was touring she would always pick a church in the town she was visiting and donate money. If she knew someone from her past who was down and out and needed a job, she’d always made sure they were working, had a part in one of her films, or donate them some money to help them get back on their feet.  If someone was very ill, she would pay for their medical care.

Fox News: Looking back, why do you think she chose you?
Malachosky: To be honest, I don’t know. I guess I was more of a background person. I wouldn’t go out and try to show myself out in front of her. I knew her for 11 years and worked for her maybe nine of those years. I was with her until the end.

Fox News: Do you remember the last time you were with her?
Malachosky: Of course.  Unfortunately, she couldn’t speak. She was paralyzed on the right side. I would sit at her bedside and hold her hand. She would look at me and just smile.

Fox News: How did you cope with her passing?
Malachosky: it was very hard. I went into a depression for almost 10 years. It’s still painful. Her birthday just passed and it’s still difficult. Remembering her is still difficult.  She was just a dear friend.

Fox News: What is life like for you today?
Malachosky: It’s still pretty exciting. I have other projects in the works to preserve her memory. I can’t really talk about them now, but I definitely want to continue keeping her legacy alive.

Fox News: What do you hope audiences will get from this auction?
Malachosky: I do hope some of her fans get these pieces because they are certainly special to me. I want them to have a piece of her memory and cherish it. Fans have always written they wanted to own a little treasure of hers so hopefully they now can. And I do hope some of these items end up in museums, so that others can continue to enjoy Mae, as she would have liked.