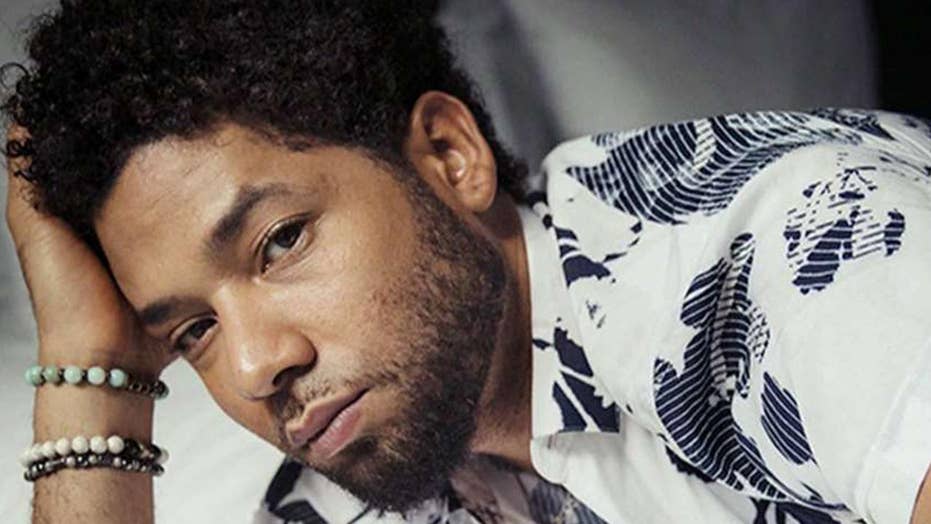 MSNBC finally got around to covering the scandal surrounding "Empire” star Jussie Smollett and allowed a guest to float a theory that Trump-supporting cops are lying about the case.

MSNBC completely skipped the Smollett news during primetime on Wednesday night, which was first noticed by The Daily Caller. The same night, rival liberal media news organization CNN dedicated significant time to the Chicago Police Department announcing felony charges against the actor had been approved.

Zach Stafford, the editor-in-chief of LGBTQ magazine The Advocate, joined MSNBC’s Kasie Hunt and Al Sharpton on Thursday to discuss Smollett – who faces up to three years in prison.

“It was incredibly shocking on day one to see the police department call it a racist and homophobic attack,” Stafford said. “As someone that has been investigating these for years in Chicago, that was really unprecedented… people in the background were worried they were leaning into this victim part of the story because they didn’t believe him and they wanted to use it against him at the end, when they were able to prove that he was lying.”

Stafford then criticized the fact that information about the investigation has leaked to the media.

“The police were openly confirming and not confirming certain reports and not doing it to other parts of the story, due to the vocal nature in this case, it was really peculiar,” Stafford said. “People have a lot of reason to not trust them… a deep history of openly lying to citizens. This police department did, in 2016, openly, through their union support Donald Trump.”

He said that since the case focused on alleged attackers wearing Trump hats and shouting “MAGA country,” there are grounds to question if the police are being truthful.

“Many people have felt that they have been so willing to call this a hoax, is because the central question of this case is, ‘Are Donald Trump supporters out here committing hate crimes?’ And that’s what really sparked a lot of the tension,” he said. “To have a police department that hasn’t been as cooperative as they have been this round, do not openly give information, do openly lie and mishold [sic] information in cases and then to know that they have openly supported Donald Trump in the 2016 election, a lot of activists on the ground are saying, ‘Wait, what’s going on here? "

MSNBC host Hunt did not respond to the longwinded conspiracy theory and immediately pivoted to a reporter on the ground in Chicago.