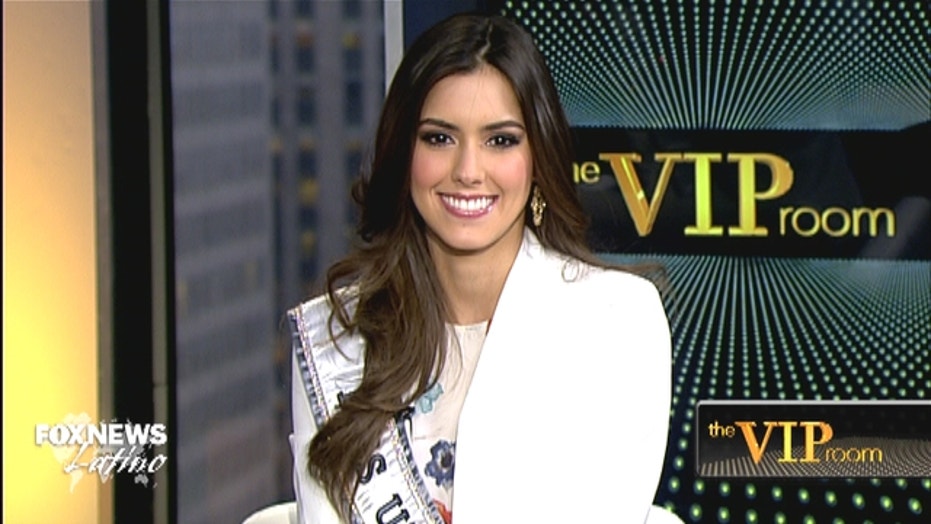 New York – Just over a week ago, Paulina Vega was a normal college student, studying business administration at a university in Bogota, Colombia.

Now, she is preparing herself for a trip to Indonesia – her first official visit as the newly crowned Miss Universe.

“It’s been crazy,” said the 22-year-old on Fox News Latino’s VIP Room. “We are going to Indonesia, then Dubai and then my country. I’m very excited for these trips.”

Vega said that while she will be returning to Colombia after three months, she is definitely going to miss the Latin American country and her family.

“(I’m going to miss) the weather, my family, the food, my college,” Vega said. “But that’s about it because there are a lot of Colombians here in New York.”

Thanks to social media and things like Skype and WhatsApp, Vega said, she will be able to remain in touch with her boyfriend and family.

“They understand that I’m in a different period of my life, it’s a new experience – in 10 months I can see them,” Vega said.

She got a little taste of home recently when she shared picture of her enjoying some Colombian food.

During her 10-month reign, along with working with HIV/AIDS, Vega revealed she wants to focus on food, or rather the lack of food, in much of the world’s population.

“It’s so sad for me to see that children, the youth of the world, don’t have a plate of food,” she said. “Since I was a child I’ve always wanted to help this cause with different foundations from all over the world, not only for my country that help give (people food). If you don’t have food how can you survive? How can you study? How can you a future? This is the cause that most interests me.”

Regarding the controversy raised on social media when it was announced that Fennell was the fourth runner-up and audible boos from the crowd, Vega said: “It was a little bit awkward, I can confess, but I think that there are 87 other girls that are beautiful, prepared, intelligent … and there is never going to be a Miss Universe that is going to make the whole world happy. To be a fourth runner-up out of 88 girls, it’s still an honor.”