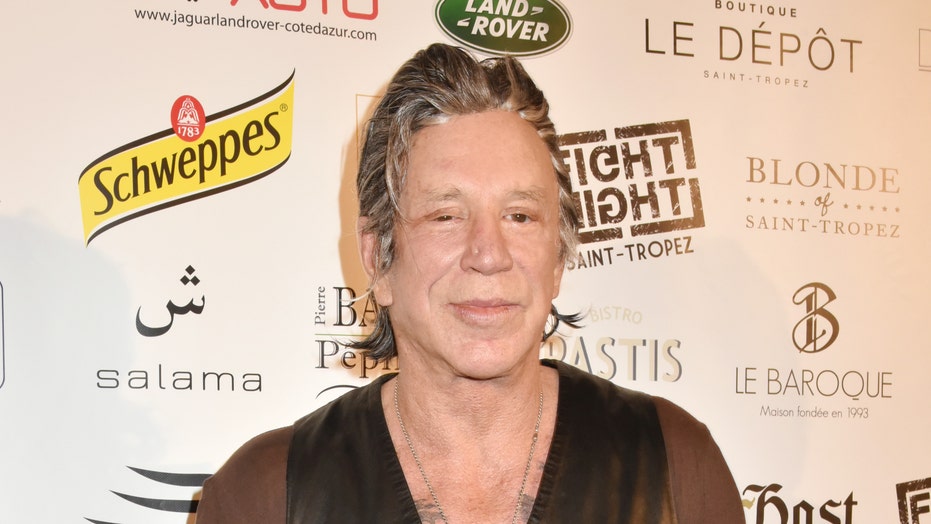 Much like his character in "The Wrestler," Mickey Rourke isn't holding his punches when it comes to his thoughts on President Trump.

In an interview with TooFab published on Wednesday, Rourke was asked about a previous claim he made, that Trump allegedly sued him and Tupac Shakur years ago.

"That piece of s--t that's sitting in the White House, that p---y, that lying c--ksucker. That no-good f--king two-faced f--king piece of s--t," he said in the video. "He said some really nasty things about the two of us. And you know what? It's personal. There's gonna be a day where he ain't president, and we're gonna bump into each other. And you're gonna feel me."

Before Rourke, 67, was an Oscar-nominated actor, he was a professional boxer, winning his first match at just 12. He retired from boxing in 1994 and turned his focus to acting.

When asked whether he'd hit Trump with a left hook, Rourke responded, "What do you think? A left hook from hell."

Rourke then appeared to aim his next comments directly at Trump, gritting his teeth: "You hear me? You're going to feel me. What you said about the two of us... You're gonna feel me."

Rourke vowed on his brother, who passed away in 2004, that the President would "feel" him.

Last year, rapper Eminem was questioned by the Secret Service over "threatening lyrics" aimed at Trump, according to documents obtained by Buzzfeed.

Eminem's lyrics in the song "Framed" explore themes of murder and make mention of Trump and his daughter, Ivanka.

Eminem, 47, alluded to the encounter in a 2018 song: "Cause Agent Orange just sent the Secret Service / To meet in person to see if I really think of hurtin’ him / Or ask if I’m linked to terrorists / I said, ‘Only when it comes to ink and lyricists.'"

Neither a rep for Rourke or the Secret Service immediately responded to Fox News' request for comment.