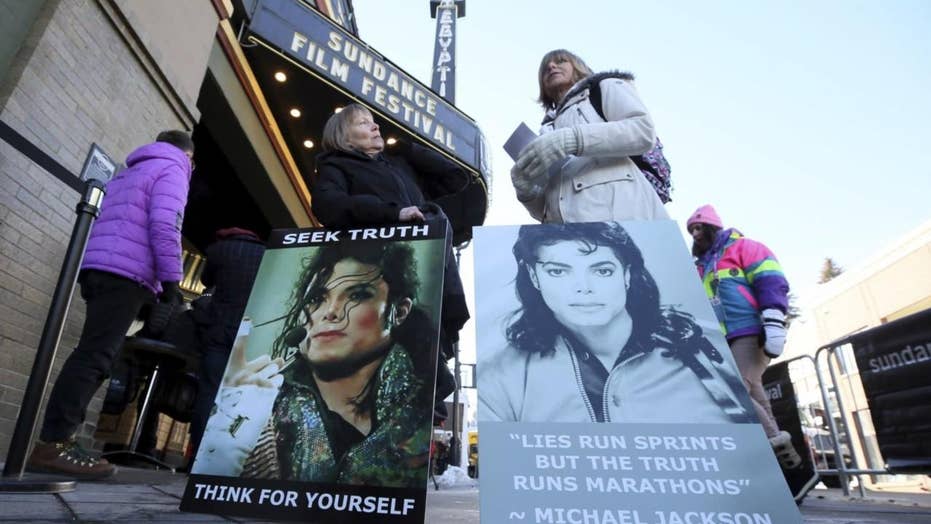 Michael Jackson’s estate is calling the ‘Leaving Neverland’ documentary a ‘character assassination’ after it debuts at the Sundance Film Festival.

Michael Jackson's sexual abuse accusers, Wade Robson and James Safechuck, spoke out once more on the grooming they allegedly experienced at the hands of the King of Pop.

Robson, 36, told "CBS This Morning" host Gayle King in a pre-recorded interview on Thursday that he was "obsessed" with Jackson before meeting him, while Safechuck confessed he wasn't familiar with the singer until after he starred in a Pepsi commercial with the music icon, who he described as "otherworldly." Safechuck was 10 years old at the time.

Robson says he was 7 years old when he met Jackson for the first time.

"This was just the most magical thing I had ever seen," Robson recalled. He claimed that Jackson took him and his sister on a tour of his Neverland Ranch in Los Olivos, Calif., and told them that they could either stay in guest rooms on the property or with him — and he chose to stay in a room with Jackson.

He says he grew so close to the singer that he begged his parents to let him stay with Jackson even after the rest of his family planned a vacation elsewhere.

"It was just Michael and I in Neverland for the next week," Robson said, and claimed that "within the first or second night being alone at Neverland, nights started changing."

Robson claims that Jackson began grooming him by giving him "lots of hugs," kissing his forehead, rubbing his hand and putting his hand on his legs in what he described as a paternal way. "It felt like a father," Robson said. "It felt amazing."

But then, Robson alleges, it progressed to Jackson touching his legs, then his crotch over his pants, and escalated to Jackson allegedly performing oral sex on Robson and teaching Robson how to perform oral sex on the singer.

Robson alleges that when the sexual abuse began that Jackson told him, "'God brought us together. We love each other and this is how we show each other our love.'"

"[It was] in the context of a loving, close relationship," Safechuck claimed. "There's no alarm bells going off in your head, it's just, 'I love this person and I want to make them happy.' He said I was his first." Safechuck says he didn't know what that meant.

Both Robson and Safechuck claimed that Jackson groomed not just them, but also their parents, with whom the singer developed a close relationship. Robson also believes Jackson's staff turned a blind eye to and enabled the singer to allegedly sexually abuse children, and he doesn't doubt that there are more alleged victims that have remained quiet.

"Michael had so many people, employees, running his life ... secretaries, security guards, to make sure the room I was in with him was secure and private so he could do anything he wanted with me," Robson said. "It's hard for me to believe that people didn't know or that people had to wonder like, 'What is going on?'" 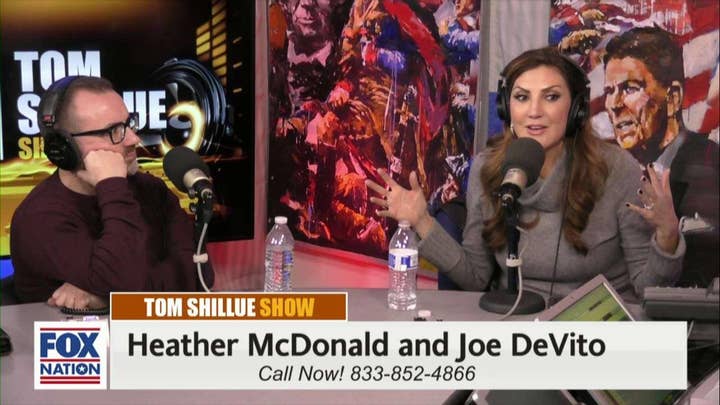 Robson and Safechuck say that having children of their own is what made them finally come forward with their sexual abuse allegations.

"If I never had a son, I might still be in silence," Robson said. "I had become so disconnected from myself as a little boy over the years through the process of kind of pushing all of this down. I had no relationship for little Wade. I had no concept or care for little Wade ... It was once I could see, really understand — this is what a little boy looks like, thinks like, behaves like, and that was me."

PARIS JACKSON SLAMS PAPARAZZI WHO COMPARE HER TO FATHER MICHAEL

When Jordan Chandler accused Jackson of sexual abuse in 1993, both Safechuck and Robson denied Jackson molested them. Robson reiterated his denial in 2005 when Jackson was on trial for allegedly sexually abusing Gavin Arvizo — for which Jackson was acquitted. Robson explained that he simply lived in fear at the time, claiming, "Michael's training of me to testify began the first night that he began abusing me. He started telling me, 'If anybody finds out, we'll both go to jail.'"

"I wish that I was ready [at the time]. I wish that I could have helped Gavin Arvizo receive some justice ... for what happened to him."

The men recounted the harrowing allegations in HBO documentary "Leaving Neverland," set to air Sunday — and over which Jackson's estate sued the channel, alleging it violates a 1992 contract not to disparage the music legend.

Jackson's estate vehemently denies any sexual abuse ever occurred, pointing out that the singer was never convicted of any crimes related to the allegations levied against him throughout his career. Jackson's family also notes that Robson was a star witness in Jackson's defense and previously claimed that the singer never touched him inappropriately — and pointed out that Robson was close with the Jackson family, even dating Jackie Jackson's daughter for over seven years. Jackson's family claims that Robson and Safechuck are opportunists who are smearing the singer after his death in pursuit of financial gain, which they both deny.

"I mean, it's hard to speculate as to what would be the situation if Michael was still alive," Robson admitted. "If I guess, if I could speculate — if Michael was still alive and all of the other rest of the details of my life were the same, meaning I became a father, right? And I went through the same process that I did of this realization and going through the healing process, my belief is that we'd still be doing this."

Safechuck said there are a "lot of mixed feelings" about coming forward against Jackson, including guilt, but that it needed to be done.

"It's an old argument that they've used, that it's just about the money. For me the lawsuit was about fighting back for little James," Safechuck said. "No one fought back for me when I was a kid, but now I'm fighting for myself."