Meghan Markle and Prince Harry took the world by storm when they announced their controversial departure from the royal family on Jan. 8.

In an unprecedented move dubbed “Megxit,” the couple announced that they would be “[stepping] back as ‘senior’ members of the Royal Family” in order to take up a new life away from the notorious British tabloids and media coverage.

Meghan and Harry have worked to challenge the norms of the British monarchy and have pushed the envelope on the royal family’s accepted standards. In their three-year relationship, the couple has attempted to reshape worldviews on the royal family and have left the public polarized in the wake of their groundbreaking departure from the British monarchy.

Here are some of the biggest moments in the royal couple’s relationship that may have led to their exit from the royal family.

When news broke that Harry and Meghan were an item, the now-Duchess of Sussex faced intense media scrutiny — and the palace pushed back.

Meghan, who is half African-American, became the target of the media considering her status as a biracial, divorced American citizen — both highly unusual in the royal family.

In a statement released by Kensington Palace at the time, they noted, “His girlfriend, Meghan Markle, has been subject to a wave of abuse and harassment. Some of this has been very public — the smear on the front page of a national newspaper; the racial undertones of comment pieces; and the outright sexism and racism of social media trolls and web article comments.

“Prince Harry is worried about Ms. Markle’s safety and is deeply disappointed that he has not been able to protect her,” the statement continued.

Tensions arise between father and daughter, 2017

On Meghan and Harry’s big wedding day, all seemed well aside from one glaring omission: Meghan’s father, Thomas Markle.

"It was a huge mistake. I wanted to apologize to the Royal Family publicly but Meghan and Harry told me not to," he said to the Daily Mail of the mishap. "So I texted Jason Knauf, who was Harry and Meghan's then press secretary, and he asked me what I'd like to say? I said I wanted to apologize to the Queen and the Royal Family and that I meant no harm. That apology never came out. I don't know why."

Meghan speaks out in Vanity Fair, 2017

In the September 2017 edition of Vanity Fair, Meghan opened up about navigating the pressures of being a part of the royal family.

As a biracial American divorcee, Meghan stated the relationship “has its challenges, and it comes in waves—some days it can feel more challenging than others.” 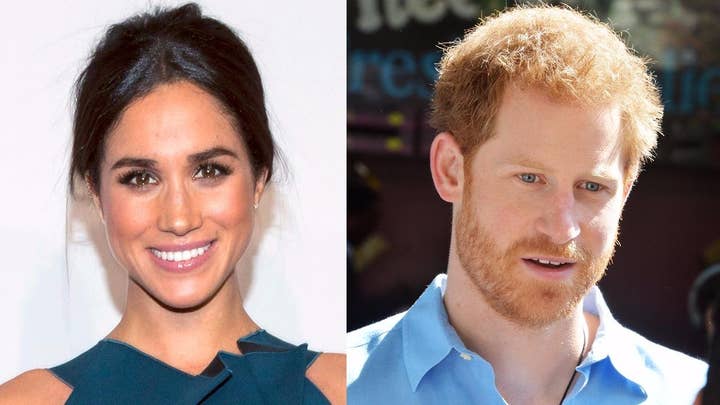 “Right out of the gate it was surprising the way things changed. But I still have this support system all around me, and, of course, [Harry’s] support,” she continued.

When Meghan announced her pregnancy with baby Archie, the media was quick in shaming the Duchess of Sussex.

Several months after her announcement, trolls took to social media to claim that Meghan was faking her pregnancy.  Twitter users were quick to note that Meghan was perhaps using a “Moon Bump” — a type of realistic baby bump made in the U.K.— while other users started the hashtag, “#meghanmarkleisNOTpregnant.”

Other media outlets criticized Meghan’s media approach to the pregnancy, as the royal couple opted for a more private process.

The privacy the Sussexes requested and enacted didn't sit well with some members of the press.

“They’re basically conducting the birth in virtual secrecy. I think it’s a bit foolish,” longtime royal reporter Duncan Larcombe griped. “Harry absolutely hates being the subject of speculation, and this just shows his petulance to the media ... it’s just a shame.”

It was also noted in the media that Meghan broke royal protocol when she announced her pregnancy abroad in Australia and Tonga with Prince Harry. Royal protocol dictates that pregnant members of the family do not travel overseas.

In early 2019, rumors emerged that there was a growing rift between Harry and brother Prince William.

Nick Bullen, who has been making programs about the British royal family for nearly 20 years and has worked closely with Prince Charles for eight, claimed the royal tiff is actually between Prince Harry and Prince William amid rumors of a feud between Meghan and the Duchess of Cambridge, Kate Middleton.

“It’s actually that William and Harry have had a rift. I think you know, look. All brothers fall out. All families fall out. Their fallout at the moment is becoming public,” Bullen claimed.

The rift was further exacerbated by Meghan and Harry’s split from The Royal Foundation, their former joint charity with William and Kate.

Meghan and Harry raised eyebrows when it was revealed that the couple spent their Christmas — and son Archie’s first — across the pond in Canada.

As the couple enjoyed their time in the fellow Commonwealth nation, the rest of the royal family stayed back and celebrated in Sandringham in traditional fashion.

It was also noted that a photo of Harry, his wife and their new child were missing from the queen's desk during her holiday address to the nation.

After years of media scrutiny, the royal couple finally decided to throw in the towel when they dropped the bombshell announcement of their departure from the monarchy.

Prince Harry and Meghan Markle attend an official photocall to announce their engagement at The Sunken Gardens at Kensington Palace on November 27, 2017 in London, England. (Karwai Tang/WireImage)