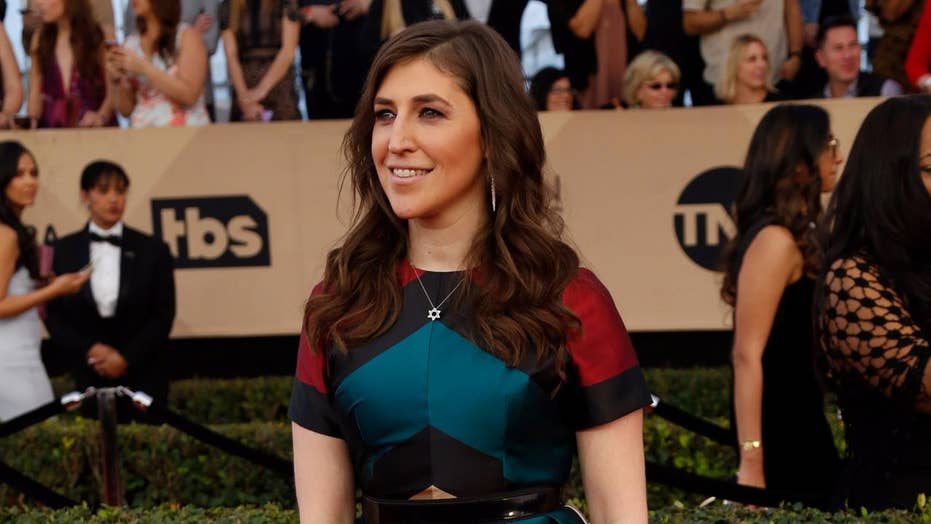 Fox411: 'Big Bang Theory' star Mayim Bialik has opened herself up to some sharp ridicule from fans after give her point of view on the ever-growing Harvey Weinstein sexual assault scandal.

In an effort to give her point of view on the ever-growing scandal surrounding Harvey Weinstein and sexism in Hollywood, “Big Bang Theory” star Mayim Bialik has opened herself up to some sharp ridicule from fans.

The star clarified in a Facebook live video Monday that she regrets how her lengthy op-ed for The New York Times about the Harvey Weinstein scandal has been received. In the piece, the actress condemned a culture that puts women in situations like the ones Weinstein’s accusers found themselves in.

"It has become clear to me that there are people that think I implied, or overtly stated, that you can be protected from assault from the clothing you wear," Bialik said in a Facebook live video with the NY Times. "That is absolutely not what my intention was and I think that it is safe for me to [say]...there's no way to avoid being the victim of assault by what you wear or the way you behave."

She later added, "I really do regret that this became what it became."

Fans took issue with a portion of Bialik's op-ed in which she wrote how she avoided harassment in Hollywood by presenting herself in as a modest person.

While describing how she avoided such things by getting into the business at a young age and not being the typical Hollywood pretty-girl archetype, she mentioned how her choices in the business as an adult have helped her get by.

“I still make choices every day as a 41-year-old actress that I think of as self-protecting and wise. I have decided that my sexual self is best reserved for private situations with those I am most intimate with. I dress modestly. I don’t act flirtatiously with men as a policy,” she wrote.

However, many still took her words as evidence that she was shaming the women who fell victim for the way they dressed or acted.

Bialik clarified on Monday, "How you dress and how you behave has nothing to do with you being assaulted. Assault and rape are acts of power...I really do intend to convey that I understand that."