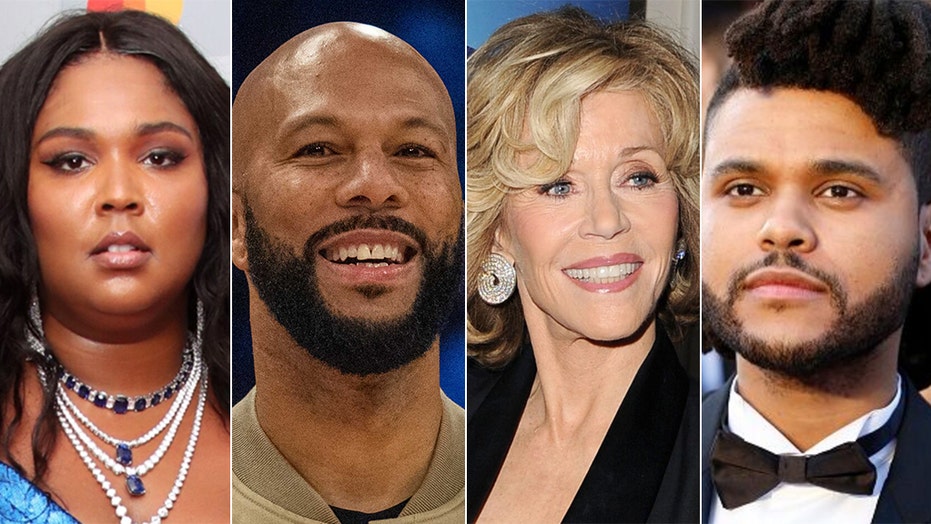 Lizzo, John Legend, Common, Jane Fonda and the Weeknd are just a handful of the celebrities who have signed an open letter demanding local governments to stop providing increases in funds to police.

The letter, released by Black Lives Matter co-founder and activist Patrisse Cullors, is in conjunction with Movement 4 Black Lives, a coalition of over 100 black rights organizations, according to Rolling Stone.

The "open demand" letter to "defund" the police requests that governments quit increasing police budgets and instead redistribute those funds to spend on health care, neighborhood infrastructure and education to help support communities across the country, particularly black communities, the outlet said.

Lizzo, Common, Jane Fonda and the Weeknd are among a number of stars who have signed a demand letter requesting less funding to police. (Reuters)

According to the publication, other entertainers who signed the petition include Talib Kweli, America Ferrera, Brie Larson, Taraji P. Henson and Natalie Portman.

The letter, released in the aftermath of the death of George Floyd, links the horrific deaths caused by both the coronavirus pandemic and police brutality.

"The COVID-19 deaths and the deaths caused by police terror are connected and consequential to each other," the letter states.

It also points out that the United States has "the largest military budget in the world" yet continues to come up short when it comes to health care.

"The United States does not have a national health care system," the letter reads, adding, "Policing and militarization overwhelmingly dominate the bulk of national and local budgets."

It also claims that police and military funding has increased every year since 1973 while "funding for public health decreased every year." It also highlights the Trump administration's 2018 elimination of the U.S. Pandemic Response Team.

Cullors said that the letter does not ask for all funding to police be eliminated. Instead, supporters demand unnecessary funds as well as tasks of police departments be shifted to other suitable departments with a higher need.