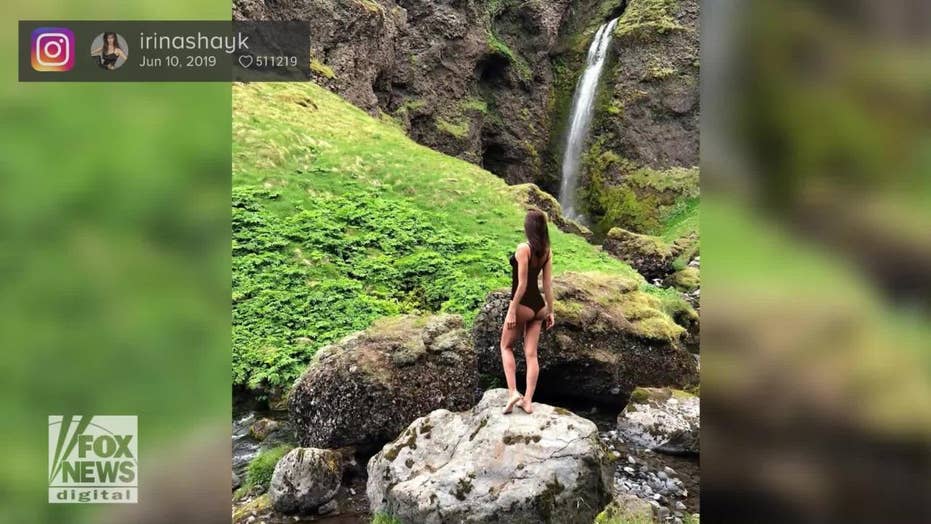 Irina Shayk shows off her figure on Instagram following her split with Bradley Cooper.

Days after her split from Bradley Cooper, Irina Shayk shared a sexy swimsuit snap on Instagram -- and it appears Lady Gaga's ex-fiancé has taken notice of the picture.

On Tuesday, Shayk posted a photo -- from her trip to Iceland -- which featured the 33-year-old Russian model showing off her figure in a black one-piece swimsuit.

Among the Instagram users who contributed to the pic's over 600,000 likes? Lady Gaga's ex Christian Carino.

The 33-year-old star and Carino, 50, called it quits back in February.

Meanwhile, Shayk and Cooper, 44, ended their four-year relationship last week amid claims that Cooper was “emotionally absent” during the filming of “A Star is Born,” which co-starred Lady Gaga, according to People magazine.

Cooper had apparently acknowledged his long work hours on the film at the BAFTA awards in London earlier this year saying, “I have to thank Irina for putting up with me for all the music I was trying to make in our basement for a year.”

Shayk reportedly went off to Iceland for work just days after the couple broke up. The former couple share a daughter, Lea De Seine, 2.