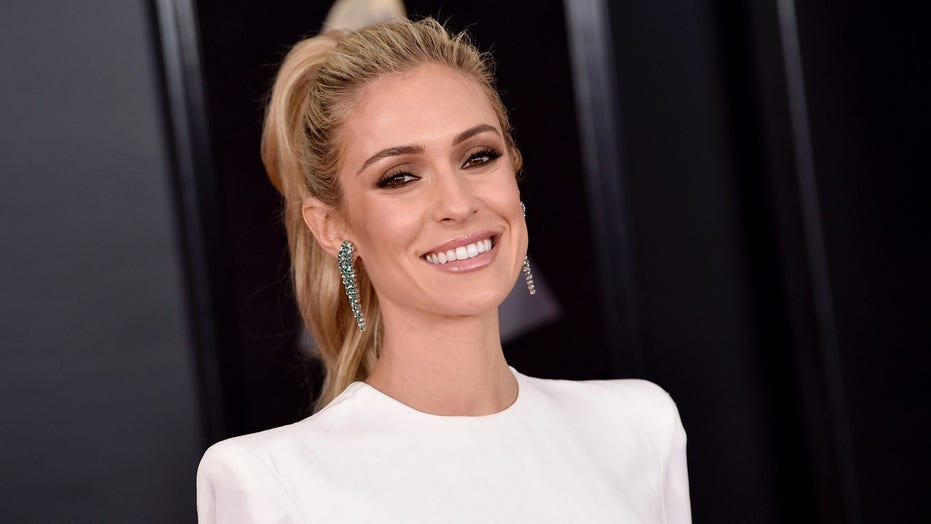 Kristin Cavallari posted a steamy picture on social media on Thursday, much to the disapproval of some of her fans.

The “Very Cavallari” star was on a boat and posed topless in a white thong bikini.

While some fans praised Cavallari for her figure, several others mom-shamed her for the revealing post.

“Perhaps spend more time being a mom rather than showing your naked self,” one person commented. Another said, “Pretending you are a stripper! U are a mom why????”

One person questioned, “Appropriate for a mom of 3? Asking for a friend.”

“Won’t post pics of her kids but will post half naked for her kids to see in the future. Got it. Keepin in classy,” a commenter said.

Cavallari occasionally posts photos of her children -- Camden, 8, and Jaxon, 6, and Saylor, 4 -- whom she shares with her ex Jay Culter.

The couple, who is going through a divorce, have a strict policy about not showing their kids faces and they also weren’t shown on the couple's reality show “Very Cavallari."

“We get it, you’re divorced and for sale now. Market price. Meanwhile Jay is posting about goats. Very wholesome,” one harsh critic said.

Another wrote, “Not fooling anyone. You might be a decade older, have been in and out of a marriage and have a thriving business but you’re still very much the same attention seeking, self-centered girl seeking some kind of reaction because you were on ‘Laguna Beach’. #itsold.”

Other fans were quick to come to Cavallari’s defense from mommy-shamers.

“To all these people saying she is a Mum and shouldn’t be doing this. Yes she is a Mum but she is also a woman with a banging body. Being a Mum doesn’t define who you are so I say show off those 🍑,” one fan said.

Another wrote, “I never comment on these but the mom shaming is so pathetic. She’s a mom and she looks amazing. She’s a mom and she’s incredibly successful. She’s a mom and had the courage to leave an unhappy relationship. It seems to me she has absolutely nothing to be ashamed of, her kids should be proud, and some of you all should come out of the 1950s.”

“Lol if m (sic) mother posted this after having children i would repost and be giving high fives. Y’all shaming her are insecure and judgmental,” an Instagram user said.

One mother commented, “I have had 3 kids just like you. However, I sure as heck don’t look like that but I would love to look like that! U go Woman! Gorgeous picture! Kristin, u look so awesome! U will appreciate this pic a ton in maybe 40-50yrs from now!”

“I mean.... WOWZERS GIRL... I need to jump on @onepeloton,” one fan said. Another similarly wrote, “I can't believe u have 3 babies girl. I'm getting your cookbook!”

Cavallari’s cookbook “True Comfort” comes out on Sept. 29. In July, Cutler promoted his ex’s book and captioned a post on his Instagram Story, “Taste tested and approved.”

The former couple announced in April they were splitting after 10 years together, to the shock of fans.

Recently the “Laguna Beach” alum opened up about her relationship struggles over the years and why it was shielded on their reality show.

"We definitely kept a lot of stuff private," she told People magazine. "Producers saw stuff, but they didn't put it in the show – which is good, because I don't want my kids to ever [see that]."

She continued: “[The breakup] didn't happen overnight," Cavallari continued. "We tried really, really hard for years and years. It was the hardest decision I've ever made."

Cavallari is also "relieved" her E! show isn't returning. "Thinking about filming was giving me anxiety," she said. "My kids are the most important thing to me. What's best for them? Probably not doing a reality show, having to talk about divorcing their dad."

The Uncommon James founder also talked about how she wants to be a strong example for her kids.

"I want to be the best mom that I can be for them," the red carpet fashion correspondent described. "Of course three kids by yourself is a lot, I'm not going to lie. But now that our time is split, I just appreciate it so much more. Every moment that I have with them I just want to love on them and be with them."

In January, Cavallari also made it clear that she’s not ever going to change her mind about showing her kid’s faces because she doesn’t want them in the spotlight.

KRISTIN CAVALLARI DESCRIBES THE DIFFICULTY OF PARENTING AMID THE CORONAVIRUS PANDEMIC

“No, no one will ever persuade us,” she said on the Build Series. “Producers try every season to get our kids on the show, and we’re like, ‘No, get out of our face.’ The thing is we just want them to be kids… They’re little. We want them to have as normal of a life as possible. You can’t have a normal life with cameras in your face. It’s hard enough being a kid, just be a kid.”

Cavallari also voiced that because of her years on television, she doesn’t let criticism affect her. However, when it comes to her kids, she won’t expose her kids to online negativity.