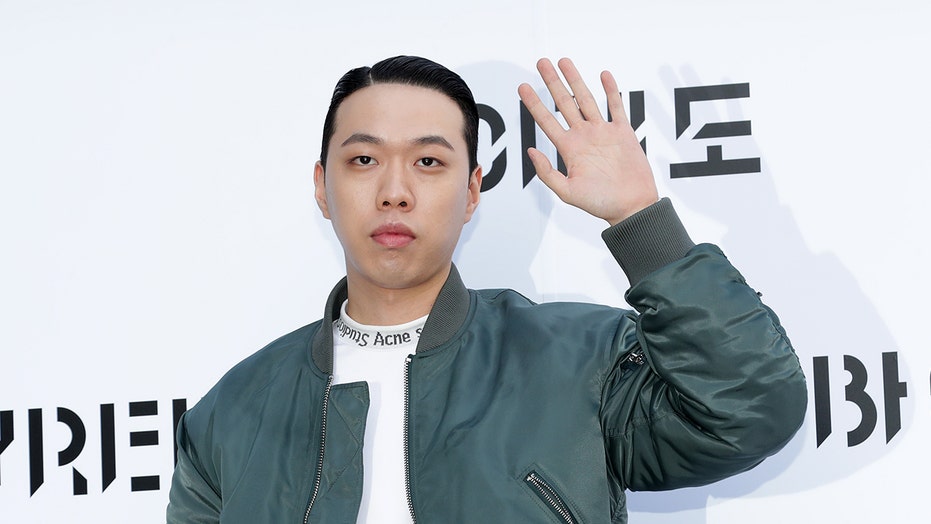 A popular rapper and award-winning artist from South Korea uses his music to spread his Christian faith — not unlike Kanye West, who has famously converted to gospel music in recent years.

South Korean rapper BewhY rose to fame after he won a South Korean competition show "Show Me the Money," rapping about the Bible and Jesus in a genre that had been dominated with lyrics about money and sex.

KANYE WEST TELLS 12,000 STUDENTS HOW JESUS CHANGED HIS LIFE: 'THE DEVIL HAD ME'

"I usually get inspiration when I’m at church, worshipping, praising, or reading the Bible," BewhY told allkpop ahead of his "The Movie Star 2020 Tour," his second in the U.S., which wrapped up in New York City Sunday night.

BewhY arrives at the photocall for 'BYREDO' on Nov. 1, 2019 in Seoul, South Korea. (Photo by Han Myung-Gu/WireImage)

Now that West is holding his increasingly popular Sunday Service events, the Korean rapper said he would love to talk to him. He said that despite the language barrier, he believes they have a lot in common.

"To be honest, I didn’t particularly like Kanye West a lot in the past, around one to two years ago," BewhY said to the kpop blog. "Before, I felt like his music was a little different from the direction I was heading towards. I felt like he had faith, but some of his aspects made me confused. I liked his music, of course, but it wasn’t until his ‘Yeezus’ album that I really started listening to Kanye’s music more seriously."

When I compare my before and after believing in Jesus, my happiness, my thoughts, just so many things are different.

He said that after West released "Jesus Is King" last year, the Korean rapper started to "admire and wonder how his mind and spirit had transformed."

"I would love to have an in-depth conversation with him about that," said BewhY, who credits his girlfriend and God for helping him escape the drive for more money and fame so inherent in the rap industry, according to Billboard.

In his most recently released single, "Gottasadae," which sounds like "God isn't dead" in English, his music video about a man building a kingdom for himself shares the Scripture verse, 1 Corinthians 4:20, "For the kingdom of God is not a matter of talk but of power" at the beginning.

"As someone who has faith, I want to show that what I believe is admirable, and shed a positive light on my culture," BewhY explained. "To be honest, faith and Christianity are heavier topics. I want to use a lighter medium to share these more serious topics with others."

BewhY won the rapping competition in 2016 singing about God's peace and eternal love compared to the world's temporary riches in songs like "Day Day" and "Forever."

"The reason people can't criticize [BewhY] and his religious expressions is his overwhelming skill," Young Hoon Yoon, from a ministry called "Big Puzzle Creative Community," told Christianity Daily. "With long and stable breaths he pours out an incredible amount of lyrics, with no mistakes. His rhymes and flow are brilliant. On top of all of that, his style is unique, and has charisma on stage. All of this makes him stand out from his competitors. And because of that, BewhY's faith confessions are attractive even to non-Christians."

BewhY, a South Korean rapper, performs at his last stop on his North American "The Movie Star 2020 Tour" at the Mission in New York City Sunday, February 8 , 2020. (Soo Yoo)

Soo Yoo, 27, attended BewhY's final concert on his latest tour, and she told Fox News the Korean rapper is "anointed like God has put a hand of favor on his life that people can't hate him."

"I really like him as an artist because he never leaves the spirit of God out of his music," Yoo said, adding he's just not ashamed of his faith.

"I am a person who believes in Jesus," BewhY said after he won the rapping competition. "When I compare my before and after believing in Jesus, my happiness, my thoughts, just so many things are different ... Everything that he taught me about my life is so precious."