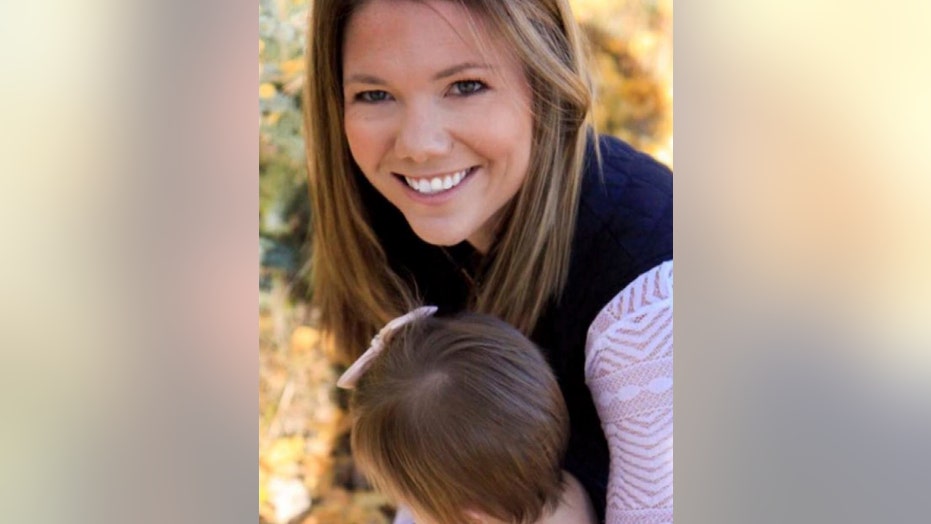 Kelsey Berreth was seeking comfort in her faith before she met a grisly end.

“She was seeking a little more clarification on spiritual things for her life,” he shared. “She was seeking to reconnect with God herself in a very real way. That was always encouraging for us to know that.”

The tragic demise of the Colorado flight instructor is the subject of Oxygen’s true crime docu-series “Killer Couples,” which details lovers from across the country who commit heinous crimes.

KYRON HORMAN’S MOM REFLECTS ON HIS DISAPPEARANCE 10 YEARS LATER IN DOCUMENTARY: ‘I AM DISAPPOINTED WE ARE STILL HERE’

Season 14, which airs Thursday night, tells the story of Berreth, a young mother who was last seen with her infant daughter on video from a grocery store security camera on Thanksgiving Day 2018. Her body was never found. The episode features interviews with Berreth’s loved ones, friends, as well as the investigators who broke the case. Meharry has known Berreth’s family since 2012.

“[Kelsey] was not the outgoing life of the party,” Meharry recalled. “But she was very friendly and very kind. She always showed kindness and thoughtfulness. She always helped her parents and had dreams of flying.”

Before Berreth went missing, Meharry said she sought the advice of pastors on how she could “re-fully commit her life to God.” She was hoping her fiance and the father of her child, Patrick Frazee, would join her.

“Her hope was that Patrick would also [join her] but it’s my understanding he could not pursue that,” he said.

SLAIN UNC STUDENT’S MOTHER HOPES NEW DOCUMENTARY WILL SHED LIGHT ON UNSOLVED MURDER: ‘I NEED TO KEEP GOING FOR HER’

But Frazee was hiding a secret. He was having an affair with Krystal Lee Kenney, who worked as a nurse in Idaho.

When Berreth suddenly vanished, no one knew what to think. Meharry said her family prayed she would return safely.

“The very first thing we had was hope,” he reflected. “We hoped that this was some misunderstanding. We started having prayer vigils for her. But the longer it went, the greater our fear became. There was a lot of concern in the community. Our greatest fear was that foul play had somehow taken place.

“I and another elder had some conversations with her father during this time,” he continued. “We just wanted to show love and care. We spent time praying with him. I won’t go into details of what he was thinking for privacy’s sake, but he found prayer meaningful and helpful during this time. We also invited people to come together and pray for the family. That was our way of processing everything.”

Kelsey Berreth and her daughter on Thanksgiving. (Courtesy of Oxygen)

Berreth never returned. Prosecutors alleged Frazee bludgeoned Berreth with a baseball bat at her home, People magazine reported. Their 1-year-old daughter was in a playpen inside the Colorado home at the time. According to the outlet, prosecutors also alleged that Frazee then burned Berreth’s body inside a black plastic bag on his property. They claimed he then enlisted help from his mistress to clean up the bloody murder scene and then throw investigators off by driving to a different state with Berreth’s phone.

Kenney acknowledged in February 2019 that she helped Frazee and scrubbed blood from the home. The 33-year-old told investigators she grabbed several blood-spattered items from Berreth’s home to be burned, including a stuffed animal, children’s building blocks and what she thought was a Bible, the Colorado Springs Gazette reported. She also acknowledged taking Berreth’s phone to Idaho at Frazee’s request to make it look like Berreth had left the state.

Under her plea deal, Kenney became the key witness at Frazee’s trial and described how he blindfolded Berreth and then beat her as she pleaded, “Please stop.” During the trial, prosecutors showed jurors a video of Kenney leading investigators to the spot where she said Frazee burned Berreth’s body.

Kenney described Frazee putting the body in a dry water trough and then lighting it on fire. She said that at one point, the flames were as high as the nearby trees, so he covered the blaze with what seemed to be metal roofing.

LORENA BOBBITT ON REVISITING HER NOTORIOUS CASE IN LIFETIME FILM: 'THERE WAS A LOT OF TRAUMA'

In January 2020, Kenney was sentenced three years in prison.

“The most important thing I have to say is how sorry I am,” said Kenney through sobs, telling the court she’s had “nightmares” over her guilt.

“I am sorry that I did not save Kelsey,” she told the court.

Kenney's supporters claimed that when she initially refused Frazee’s demands to get rid of Berreth, he allegedly threatened her and her children, the Colorado Springs Gazette reported.

Kenney's guilty plea was described by El Paso County District Attorney Dan May as “a deal with the devil” that helped bring Frazee to justice, the outlet noted.

Frazee was convicted in November of first-degree murder and other charges. He was sentenced to life in prison plus 156 years; his attorneys plan to appeal, The Associated Press reported.

“There’s no question that this was horrendous, especially how the murder took place as described with a baseball bat,” said Meharry. “There really is no explanation, no justification for any evil. It’s a reminder to all of us what the human race is capable of and that we all need a savior, not just for things that we’ve committed in the past, but the ones that can transform our lives. So that love comes out rather than selfishness, greed, lust, pride and hate. What got into [Patrick’s] heart? I don’t know.

“The Bible tells us we have an enemy called Satan who hates us,” Meharry continued. “Jesus… talked about Satan coming to steal, kill and destroy. Anyone who opens their heart and life to him becomes a tool in his hand.”

Meharry said he not only prays for Berreth and her family but also for Frazee.

The case of Kelsey Berreth is explored on Oxygen's "Killer Couples." (Courtesy of Oxygen)

“Patrick committed this horrendous deed, but the amazing truth of the Bible is that God still loves him,” he explained. “Patrick is in prison, but one of the hardest things he will have to face is what he’s done. He will have to live with that. It’s been said he has no remorse. But I pray that the Lord will convict him and he will come to his senses. He will have to have to live knowing that his daughter will grow up without her parents. I pray he will have genuine sorrow for his sake and his daughter’s. God is full of grace for all of us, but he will never force himself on any of us.”

Meharry hopes that the docu-series will not only share the story of Berreth’s brief life but also make viewers realize evil can live among us.

“Maybe this could have all been prevented if the girlfriend reported it sooner, but I understand she was fearing for her life,” he said. “I hope people learn from [this case] is that we should never allow our lives to be turned over to Satan, knowing that he’s capable of doing horrible things through us.”

Kelsey Berreth and her daughter. (Courtesy of Oxygen)