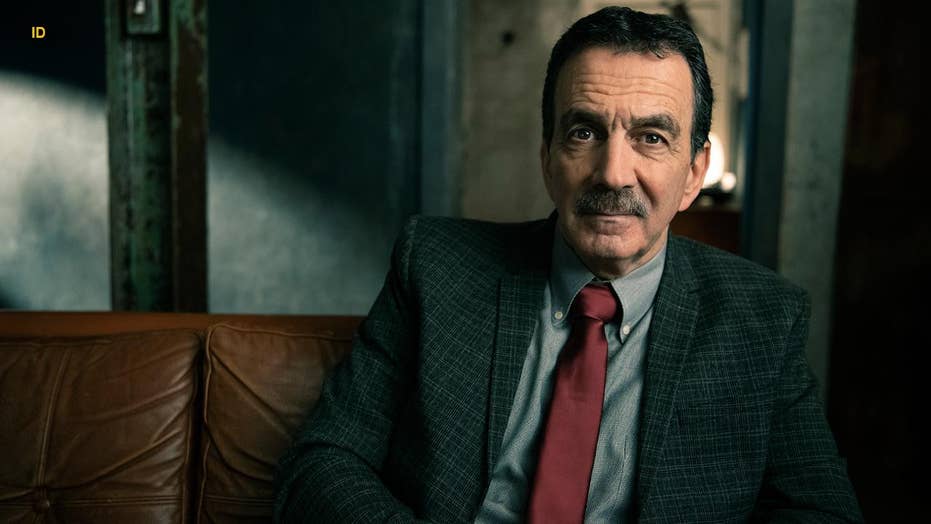 “Pat has become a part of our family,” Ferguson told Fox News. “We feel truly blessed that he came into our lives when he did and that he was able to give us closure. Of course, we don’t know everything because [the murderer] won’t share certain details for whatever reason, but he filled us in. The angels were looking down at us and brought him into our lives. We can’t thank him enough for what he’s done for us.”

Postiglione, a New York City native with over 25 years of experience as a Nashville homicide detective, is recognized for remembering every detail of the crimes he has been tasked to solve. Postiglione is the host of the Investigation Discovery (ID) true-crime series titled “Deadly Recall,” which chronicles some of those shocking slayings and how he was able to solve them.

In Season 2, viewers will learn of suspected truck stop serial killer Bruce Mendenhall, who was charged in the murder of 25-year-old Sara Hulbert. Her body was found in June 2007. She had been sexually assaulted and shot in the head. Postiglione was the one who first cracked the case.

“Anytime when you’re working in homicide, you become the lifeline for that family,” Postiglione told Fox News. “When they have questions, when they get frustrated, when they get angry, you’re the one they call. And I encourage them to call me. Text me, call me, yell at me - whatever you want to do. I’ve realized completely that we are their lifeline and a lot of times they put all their hopes in us. I don’t take that lightly.”

Ferguson can still vividly recall when she locked eyes with Mendenhall for the first time following his arrested.

“He was small in stature,” she said. “He looked very feral. He didn’t look mean. He didn’t look overpowering or overbearing. He didn’t look aggressive. Not like the person that you would imagine, considering what he did to my sister He was the direct opposite of what we had created in our mind.”

Ferguson said she was compelled to relive painful memories of the past in hopes of showing audiences that Hulbert was more than just a victim.

“She was very funky,” she said. “Very outgoing. Never met a stranger. Very down to earth. She was passionate about the outdoors. She’d give the shirt off of her back for someone that needed it. Would jump to help anyone.”

But toward the end of her brief life, Hulbert was battling addiction.

“My last conversation with her was a difficult one knowing that she was back into drugs,” Ferguson admitted. “I tried to talk to her, reason with her. I wanted her to make better choices. I reminded her that she had two beautiful daughters to think of. I also reassured her that we loved her. It didn’t matter how many mistakes she had made. We would help her get sober, help her get clean.”

Postiglione said he immediately knew something was very different about Hulbert's horrific demise.

“What initially stood out to me was the way the victim was found,” he said. “The way she was displayed. It was very unique. Very seldom do you find a crime where the killer takes that much time to display his victim and do it in the way that was done to Sara. That immediately got my full attention.”

Still, Postiglione admitted he faced a challenging road ahead.

“We had to get GPS subpoenas where we could get all the trucks in that particular area at that particular time,” he continued. “Not to mention hours and hours of video that we had to go through, surveillance video. When you’re dealing with a truck stop and you believe that your suspect is a trucker, it’s a very difficult task. And this one happened to be one of the busiest truck stops in the Southeast.”

But Mendenhall of farm town Albion, Ill., stunned everyone. Neighbors described him as “a loudmouth who refused to remove the rusting cars from his yard and made a quixotic run for mayor,” the Chicago Tribune reported. He was described as “a meek man” who sometimes took his diabetic wife on road trips.

But when the police looked inside the cab of his truck, they saw blood. It was then when Mendenhall allegedly told authorities he had murdered six women near truck stops in Tennessee, Indiana, Georgia and Alabama, the outlet shared. He was arrested in July 2007.

Court documents also revealed that there were numerous gun cartridges, a rifle, tape, a nightstick, latex gloves, handcuffs and over 300 “items of interest” found inside his truck, Courier & Press reported.

“It was so surreal,” said Ferguson. “It’s nothing we ever expected. We just figured it was a freak accident. We never in a million years imagined that the person responsible would have been a serial killer. That’s not something that even possibly remotely crossed through our minds.”

Postiglione said Mendenhall revealed details about Hulbert that only the killer would have known. According to court documents, a photograph showed that the victim’s tattoo had been cut out of her buttock using a knife or razor.

“He gave us so many details and we just knew,” said Postiglione. “Even the part about Sara’s tattoo. When I asked him about scissors or a knife, he mentioned, ‘Well they fit. She had a good tattoo.’ Then we knew he was our guy.”

Mendenhall, now 69, has been sentenced to life in prison for Sara’s murder, Courier & Press reported. According to the outlet, he drew an additional 30-year prison sentence for attempting to hire two fellow inmates to kill witnesses waiting to testify in her case. In 2018, the outlet reported Mendenhall was sentenced to life in prison for the 2007 murder of Samantha D. Winters. The 48-year-old’s nude body was found stuffed into a garbage can at Lebanon, Tenn. Like Hulbert, investigators said she had been shot in the head.

“There’s evil out there, unfortunately,” Postiglione said. “I wish that wasn’t the case, but there’s real evil out there. There’s true evil and it lurks everywhere. You have to really be aware of your surroundings. Bruce Mendenhall did not have "killer" printed on his forehead. You would walk past him in a grocery store and not look twice at him.”