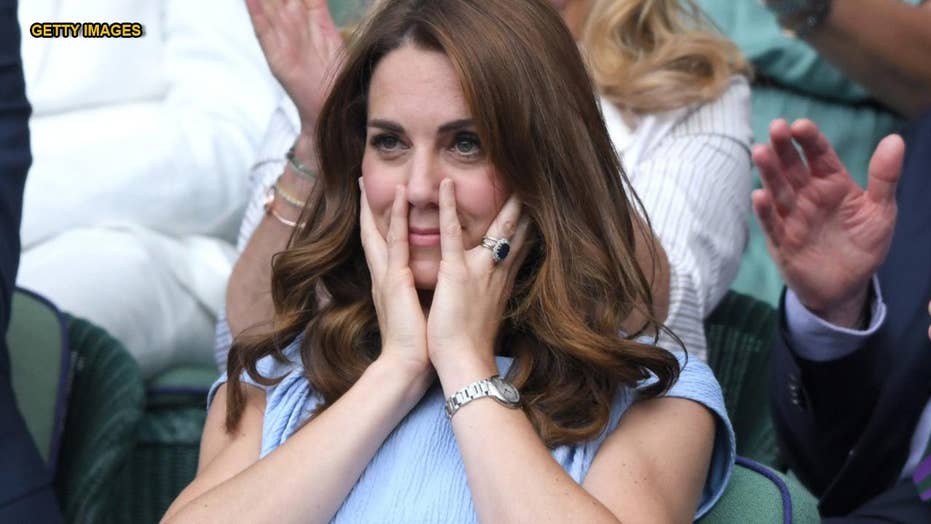 Kate Middleton’s relationship with Britain’s Queen Elizabeth II is better than ever, one royal expert is claiming.

The 37-year-old married the 93-year-old monarch’s grandson, Prince William, in 2011. The couple share three children: Prince George, 6, Princess Charlotte, 4, and Prince Louis, 1. William, 37, is second in line to the throne.

“Both women are actually quite shy, so it’s taken time for them to get to this stage, but they have a very easy relationship now [that] they’ve both made the effort," Katie Nicholl, royal correspondent for Vanity Fair, told OK! Magazine as reported by UK’s Daily Mail on Monday.

“The queen loves seeing Kate because it’s an opportunity to spend time with her and hear how great her grandchildren are doing,” added Nicholl.

According to Nicholl, Middleton is recognized as a hands-on mom who has made “a conscious effort” in making Elizabeth feel “as involved as possible in the children’s lives.” The Duchess of Cambridge and her family are also expected to attend the royal family Christmas gathering at Sandringham this year — an event that the matriarch is looking forward to.

“I imagine that spending Christmas at Sandringham with her grandchildren and great-grandchildren will be something she’s very much looking forward to,” said Nicholl. “So Kate and William are doing the dutiful thing and putting the royal family first.”

The Daily Mail also shared Elizabeth has bestowed a new honor on Middleton. The duchess will take over as the new royal patron of the Family Action charity, which provides support for struggling families concerning finances and mental health issues.

In November of this year, a source told Nicholl Elizabeth greatly admires how Middleton is juggling her royal duties as both a duchess and a mother.

“The queen is a fan,” said the source. “Kate is unflappable. Her mantra is very like the queen’s 'keep calm and carry on' approach in life, and she has the added benefit of making the royal family seem almost normal and in touch.”

Nicholl shared Elizabeth “is so grateful to the duchess who remains one of the most popular members of the family.” The matriarch is especially proud of Middleton’s recent royal tour of Pakistan alongside William after the daughter-in-law received the Royal Family Order, the highest honor the monarch can bestow on a female member of the royal family.

“It feels very much like this has been Kate’s year,” Middleton’s biographer Claudia Joseph told Nicholl. “She looks happy, in control and there’s a new confidence about her. I think Kate seems much happier than a year ago. She has three lovely children, has been honored by the queen for her hard work and is really well-liked not just here but around the world.”

Joseph pointed out that there’s a good reason why Middleton continues to be a popular royal over the years.

QUEEN ELIZABETH 'IS A FAN' OF KATE MIDDLETON FOR BEING ‘THE GIRL NEXT DOOR,’ ROYAL EXPERT SAYS

“She’s very much the girl next door, from how she dresses to how she behaves and interacts with people on engagements,” said Joseph. “She is likable and relatable and has made her very popular.”

Despite being a duchess, Nicholl pointed out Middleton still shops on the High Street for bargains and was even spotted drinking at a local pub, making her appear “refreshingly normal.”

Locals have also shared that in addition to joining other parents for a pint, Middleton also participates in the school run and drives the children herself. When not working at her office, Middleton frequently does the shopping and cooks for her family. She also loves to take her youngest son Louis to local playgrounds and for walks in Kensington Park Gardens.

Sources close to Middleton also told Nicholl that while the royal was initially very cautious about being photographed in public with the children, she has a more relaxed approach these days. She and William were noted to have exchanged friendly conversations with the press back in Pakistan.

Kate Middleton and Prince William wave to well-wishers as they leave after attending the launch of the King's Cup Regatta at Cutty Sark, Greenwich on May 7, 2019, in London, England. (Ben Stansall - WPA Pool / Getty Images)

“They seem to be making a real effort and it’s paying off,” another source added. “They are getting great press.”

“As a couple, William and Kate seem stronger than ever,” said Joseph. “They are charming as a family and I think you can see how happy and confidant Kate is.”

And Middleton is already gearing up for the near year. In 2020, she will continue her work with young people in the U.K., specifically focusing on young children and “the importance of positive and healthy early childhoods.”

“It’s something she is passionate about and a long term project,” said a palace aid. “You will see much more of this kind of work in the near year. She’s very much committed to the cause.”