The Kardashian clan put together a "last minute" Christmas card after declaring their longstanding tradition was dead.

"This year we waited until the last minute to do a card," Kim Kardashian captured the card on Instagram.

It's not surprising that Rob was omitted from the card as he has rarely been seen in public for the past few years. However, noticeably missing was matriarch Kris Jenner and sister Kendall Jenner, who is the only member of the reality star family to not have a child.

Kim explained their absence writing, "Schedules [were] changing, my husband was in and out of town...Kendall and my mom rushed to a meeting after this shoot so this is what we have! As many of us as possible!"

She added, "From our family to yours Merry Christmas."

Earlier this month, Kim said the family would not be releasing a Christmas card.

“I have to say, thanks to last year’s Christmas card, that really did just f–k us over,” said the mom of three. “That was so dramatic. Kris Jenner has given up. She’s just like, ‘I don’t have the energy to wrangle all my kids anymore and their kids.’” 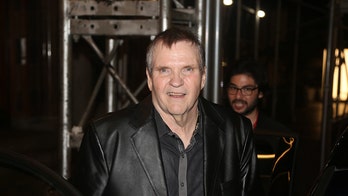