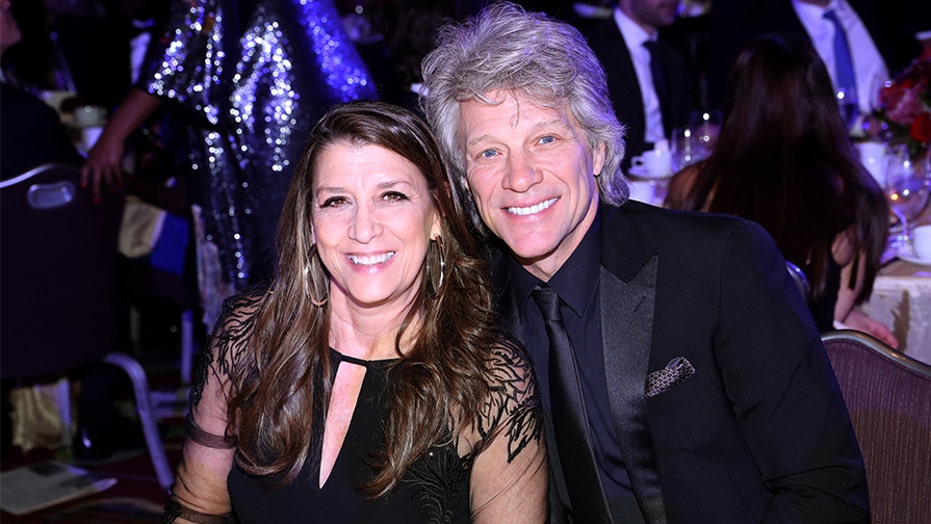 The rocker and his spouse opened up to People magazine on Wednesday and revealed the secret behind their 40-year bond and 31-year marriage.

“Mutual respect,” Bon Jovi told the outlet. “Having grown up together and grown together. And we really like each other. We want to hang out.”

The “Livin’ on a Prayer” singer also revealed that despite fame and fortune, Dorothea has always remained “without a doubt” his rock.

“We work hard at it, but we enjoy each other and we never fell for the trappings of what celebrity can do,” he explained. “We’ve witnessed that happen over the years to people that were close to us and people that we knew from afar. It’s just what I do, it’s not who I am. I write songs. I happen to be very good at performing them. That’s it.”

The couple, who were determined to give their children a normal upbringing, also work together for the Soul Foundation, which they launched in 2006. The nonprofit organization aims to tackle the issues of hunger and homelessness in the United States.

“It’s a partnership,” Dorothea told the outlet. “When we see injustice or people suffering, you want to help. We’re very blessed, and we have the ability to do that.”

“I’m happiest if I like what I do for a living, I’m doing right by my family and I’m making the world just a little bit better,” Bon Jovi added.

Back in 2016, People reported the couple first met at Sayreville War Memorial High School in their New Jersey hometown. In 1989, at the height of Bon Jovi’s success in music, the couple eloped to Las Vegas.

At the time, Bon Jovi told the outlet that he’s no saint and like any marriage, their union has endured its share of bumps along the way. However, he stressed that they make it work.

“She’s the glue,” he said. “I’m the crazy visionary with all kinds of things flying, and the seams are all splitting. She’s the one following me with the glue and the thread and needle, keeping it all together.”

JON BON JOVI HONORS VETS WITH PTSD IN NEW SONG, ‘UNBROKEN’: ‘I DON'T NEED THE SCIENTISTS TO FIND THE CURE’

“Somehow I became the poster boy for a long-married rock star,” he added. “But I’ll accept the mantle because I’m so happy.”