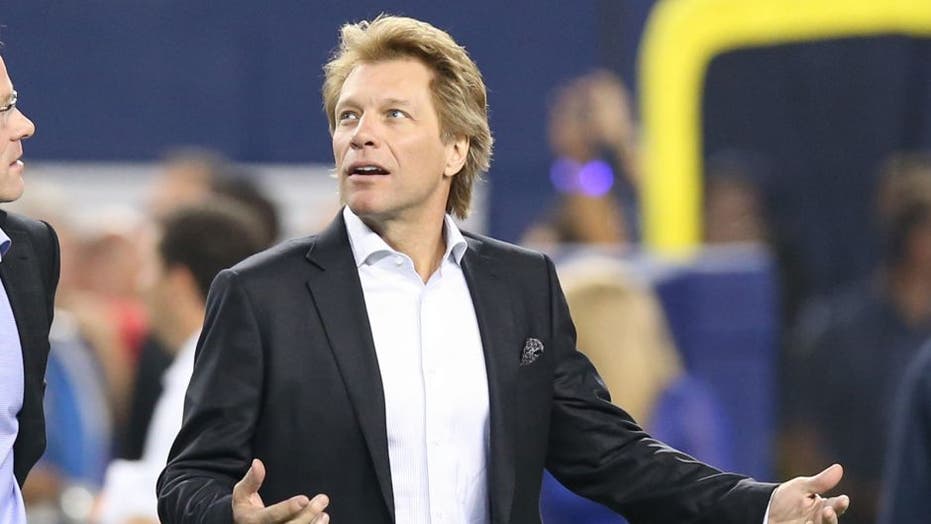 Rosé all day with Jon Bon Jovi and Jesse Bongiovi

The Grammy Award-winning singer and philanthropist penned the single for the new documentary “To Be of Service” about veterans living with PTSD and the service animals who help them heal.

"It was going to be a difficult task because I hadn't served in the military,” Bon Jovi said Monday on “CBS This Morning,” explaining that he had written the anthem through the eyes of a service member.

"You have to be honest if you're going to take on this task, and be truthful in its delivery, so that men and women who did serve will feel a pride when they hear this song,” the crooner explained to hosts Gayle King and Tony Dokoupil. "So I talked to the director prior to his having the cut put together. He gave me some key anecdotal lines the soldiers had discussed with him."

The lyrics read: It's 18 months now, I've been stateside / With this medal on my chest / But there are things I can't remember / And there are things I won't forget / I lie awake at night / With dreams that devils shouldn't see
I wanna scream, but I can't breathe / And Christ, I'm sweatin' through these sheets / Where's my brothers? Where's my country? / Where's my "how things used to be"? (via CBS News)

King offered to Bon Jovi her takeaways from the documentary, explaining that an eye-opening moment for her while watching the film was the fact that “22 people a day die from suicide who are veterans. But the thing that got me in the doc, all of them said they would do it all again. That's what you said in your song, too."

Bon Jovi said he wanted to instill a sense of hope and positivity among veterans, adding, “I was trying to find hope at the end of the journey here.

"And to think that each of these men and women said the one thing is, that I would do it all again, when you're making a record, usually you end it with the chorus. In this case, it was such a powerful line that while we were recording it, we said, no, this is the end of the song. The journey ends here, with the positivity."

Over the next 12 months, all proceeds from the record will be donated to the Patriotic Service Dog Foundation – the organization provides highly trained service dogs to veterans at no cost to them.

"Well, I think that they're doing their surveys to make sure that the training is done properly," Bon Jovi replied. "My education, obviously, is on the first page of the book. But what I've been led to believe is that the process is, again, going through Congress to try to get a bill passed so that the government will support this."

Bon Jovi’s affirmation for the armed forces comes from being the son of military parents and always being told that service to and for others should be paramount.

"My mom and dad met in the Marine Corps, which I think is pretty neat. My mom was a Marine, and she wasn't afraid of boot camp,” he said. "Service was always important; my parents taught us that. And although I didn't serve, my three best buddies — there were four of us in high school — we all got the call. I had a belief that I was going to be doing what I do; the other three guys joined the Navy. That's where we come from."

Bon Jovi himself donated $1 million to victims of Hurricane Katrina, and his foundation partnered with Help USA to aid in supporting the Walter Reed Veteran Apartments – a development of 77 affordable housing units for veterans with services in a one-stop-shop.

"They can get any kind of medical, legal advice, there's job opportunities, all [together]," Bon Jovi said of the usage space.

"I think philanthropy is your middle name," King told the singer. "You have the gene that you want to give back, and you want to help people."

"I don't need the scientists to find the cure in these cases!" Bon Jovi said. "It takes a little bit of money, a lot of sweat, and that's what we do with the soul kitchens." 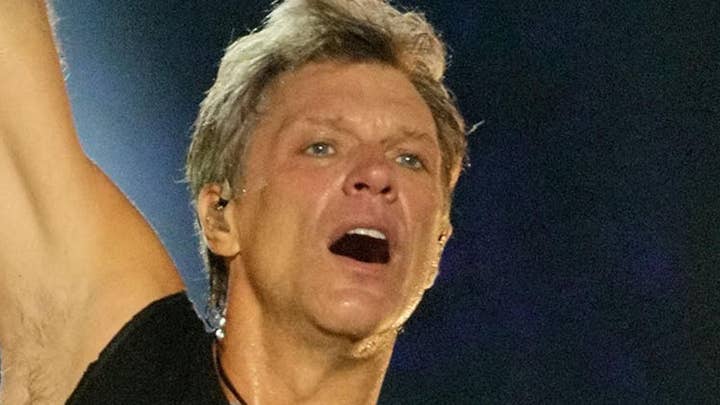 Bon Jovi’s JBJ Soul Foundation has been on the frontlines in supporting a Soul Kitchen in Red Bank, N.J. where food insecurity for residents in the area is addressed.

In discussing his album, “Bon Jovi: 2020,” the serial giver clarified that it’s a socially conscious record, not a political stance, to which King asked, “What’s the difference?”

"I take no sides. There are songs on this forthcoming record that address guns. There's the atmosphere in Washington. There's soldiers with PTSD. That's a very different record than 'You Give Love a Bad Name.' But I don't take sides.

“Because look, we all are entitled to our opinions, right? So that's what America is. We're supposed to govern all Americans together and represent all together. And I think this record does that. But it is obvious in what I'm speaking to."

"To Be of Service" is currently streaming on Netflix.