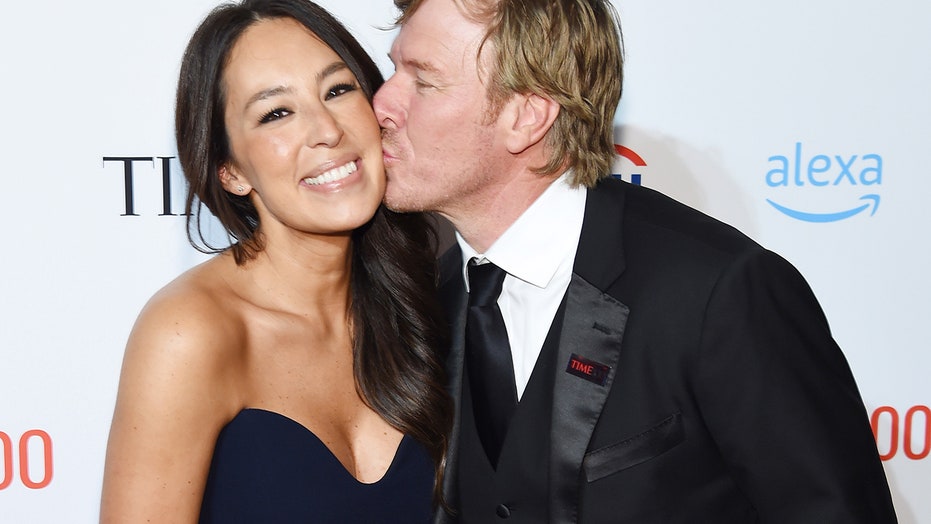 Chip and Joanna Gaines are already parents to five kiddos, but if it were up to Chip, the beloved celebrity couple will one day be welcoming baby number six.

In a preview of the Gaines' interview on Sunday TODAY with Willie Geist, the 44-year-old shared his hopes for expanding their family.

"I love you," Chip, 44, said as his wife spoke during the TODAY interview, according to People magazine. "When you were just saying all those things, my heart just burst open."

“Forget coach! I’m talking in a much more romantic sense,” Chip said before adding that he can see the couple's 1-year-old son Crew "having a little sibling."

“When I’m 50, Chip’s gonna want more kids. Just know, this is gonna be the headline forever: Jo’s pregnant again,” Joanna teased. “Chip with children is like [a] business -- there’s never too many.”

CHIP AND JOANNA GAINES TALK DIFFICULT EARLY DAYS: 'ARE WE GOING TO MAKE IT?'

“I’m like, ‘Chip I think we’ve got enough, I think we’re good!'" she continued. "He’s like, ‘I just think we can keep having them!’ I think Chip just loves a full plate.”

In addition to their Magnolia brand empire, the power couple is currently gearing up to launch their cable network -- a joint venture with Discovery -- in October 2020.

Earlier this week, Chip and Joanna gave fans a first look at their upcoming Magnolia network, which includes a new reality show with the working title “Home on the Road."

It will follow the Gaines' favorite band, Johnnyswim -- comprised of husband and wife duo Abner Ramirez and Amanda Sudano Ramirez -- as they tour North America with their two kids in tow, as well as eight band and crew members.

“Amanda and Abner are magnetic,” Chip and Joanna said in a statement. “Ever since we met them a little over five years ago, we’ve been drawn to the way they navigate family, community and life on the road."

"They’re not just musicians, they’re storytellers and together, they are a true picture of the relentless pursuit of following a dream and making it a reality," the couple said. "But their dream doesn’t stop with them -- it’s extended to their family and fans and everyone they meet.”