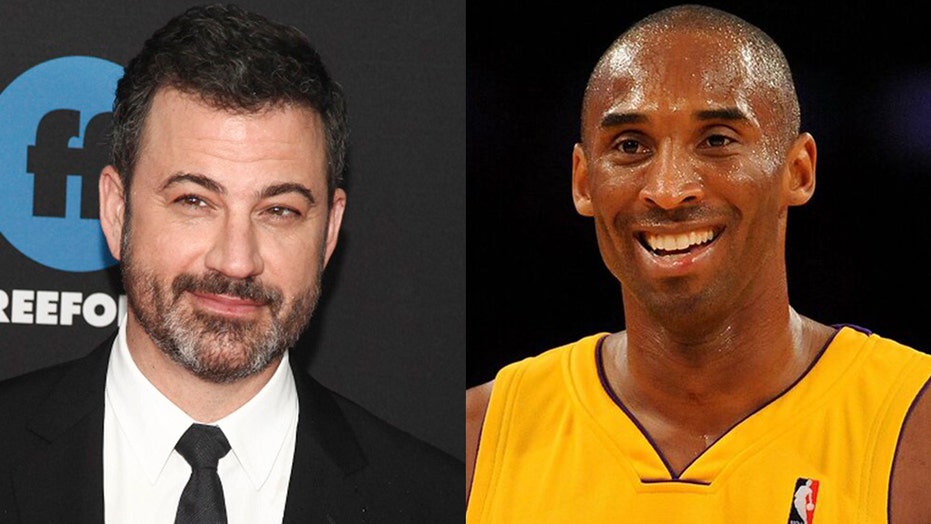 Jimmy Kimmel performed without a studio audience as he dedicated Monday’s episode of his late-night show to late NBA star Kobe Bryant. ⁣⁣⁣

Bryant, 41, was on a helicopter flying over Calabasas, Calif., on Sunday with his 13-year-old daughter Gianna when it crashed, killing them and seven others. The host took the "Jimmy Kimmel Live" stage on Monday without an audience to deliver a somber tribute to his friend.

“We don’t have a studio audience here tonight because – going forward with a comedy show didn’t feel right considering what happened yesterday – so I’d like to just speak to you directly,” Kimmel said in his opening monologue.

“Kobe was — and I know this might not make sense – but he was just the last person you could have ever imagined something like this happening to,” the 52-year-old host said. “He was so strong and handsome and smart and energetic — he was a hero.”

Kimmel continued: “And when I say that, I don’t mean a hero like real heroes — like firefighters, or doctors and nurses — who actually save lives. I don’t mean to compare what he did for a living to what they do. I know there are more important things than basketball. Almost everything is more important.”

The host went on to discuss Bryant’s storied basketball career and what he meant for the Los Angeles community.

“Those of us who love the Lakers know — it seemed like he always came through. He always showed up to save the day. He wanted to save the day. He had a force of will, he never gave up,” Kimmel said. “As an athlete, he was incredibly gifted — more than almost anyone, he was talented beyond reason — and yet, he worked harder than everyone.  He worked harder than people with much less talent than he had.”

He added: “He came to LA when he was a teenager and, unlike almost every other superstar athlete, he never left. In his 20 year career, he only wore two uniforms: for the Lakers and the United States Olympic team. There were times when it seemed like he would leave, but he didn’t. He stayed until the end.”

Kimmel went on to discuss that Bryant was beloved in L.A. even outside of basketball circles. He also told a personal story of how Bryant kept in touch with him while his son Billy was undergoing heart surgery.

“He loved being a father,” Kimmel said. “When my son had heart surgery, Kobe checked in with me repeatedly. He made a point, once Billy was out of the hospital to meet him. He wanted to meet him. And from time to time, he’d check in on how he was doing.”

Jimmy Kimmel dedicated an episode of his show to his friend, Kobe Bryant. (AP/Getty Images)

“I know he was not a perfect person, I understand that. My intention is not to canonize him or make judgments about things I don’t know anything about. But I will say he loved his family, he worked very hard and he brought a lot of joy to the people of this city and we’re going to miss him,” Kimmel concluded of Bryant.

He ended the opening monologue with a note about the others who tragically died in the same helicopter crash as Bryant, saying: “I can’t imagine how much they are missed. This was a terrible loss for those families, and for the Lakers, for Kobe’s teammates, for his fans. There’s no silver lining here, it’s just awful.”