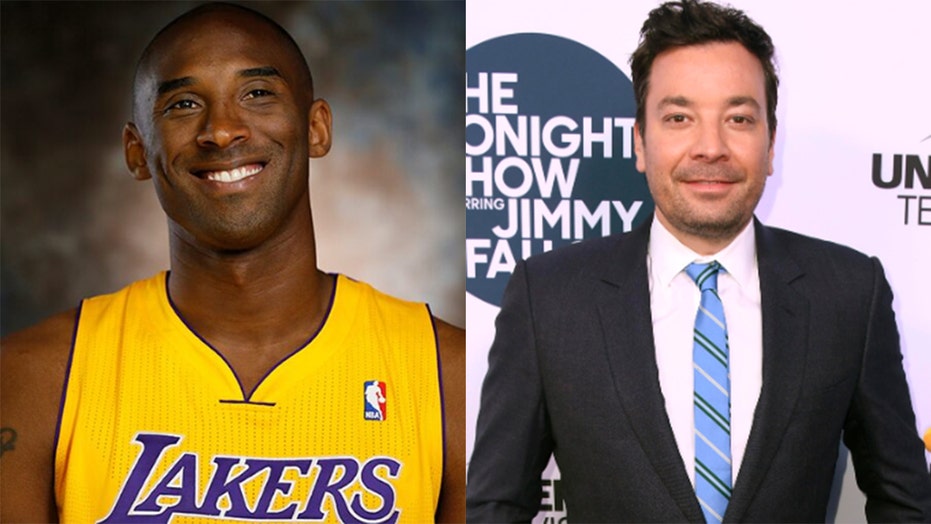 In his Monday night tribute to late friend Kobe Bryant, Jimmy Fallon revealed a funny memory the two shared after meeting for the first time years ago.

"Kobe was such a life force," Fallon began, his voice trembling. "So strong and creative and inspired that in my head I thought that he was going to live forever.

"We were at a party and we didn't know anybody at the party so we just started talking," Fallon said, adding that the party's host asked for someone to make a beer run.

Bryant offered and immediately asked Fallon to join him for the ride. The pair then traveled to a liquor store called Pink Dot and Fallon explained he was turned away at the door because it was a delivery-only establishment.

"Then Kobe takes out his ID and he puts it up against the glass and he goes, 'I'm a Laker,'" Fallon continued. "The guy opened the door and we walked out with five cases of beer and we saved the party. We saved the party, we said goodnight, and of course, Kobe went on to become a legend. Five NBA titles, two Olympic gold medals, 18 All-Star appearances, one of the most brilliant and most respected players in NBA history."

Fallon then broke down in tears as he recalled how he and Bryant would laugh over the years about their first meeting.

"We'd laugh at all the good things that had happened since and we'd laugh about how much fun it was to raise kids, all the stupid mistakes we made trying to figure out how to be good dads," Fallon continued. "Kobe had four daughters and I had two daughters. And today, he and one of his girls are gone. But I think I knew Kobe enough to know that he rose to any challenge by digging deeper and getting back to work. So let's honor Kobe, Gianna and the other lives that were lost yesterday by following his example."

He concluded: "Kobe, when we meet again, we're going on a beer run."

Like the rest of the world, Hollywood stars were rocked by the news of Bryant's passing and have continued to take to social media to express their sorrow and reflect on the NBA star's legacy.

Bryant was just 41 years old and his daughter, Gianna, was 13.