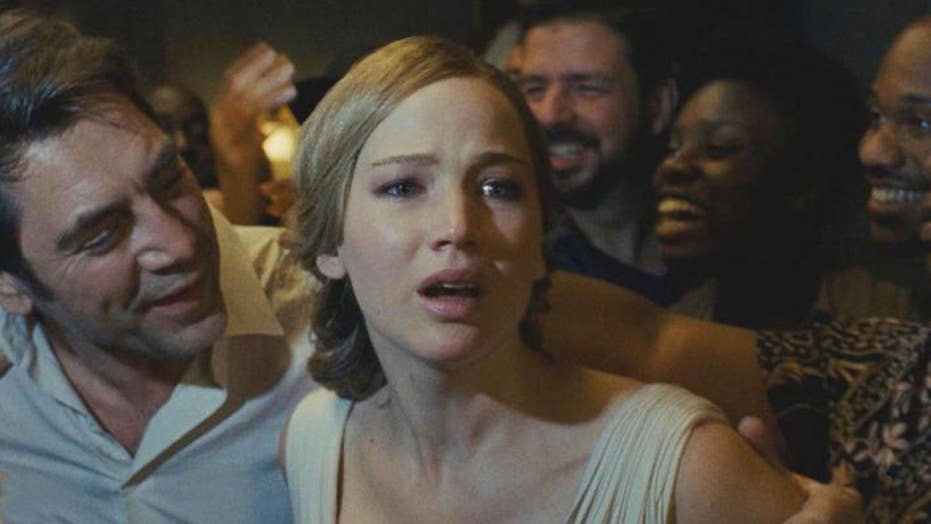 Actress leads Darren Aronofsky's new horror flick about a writer and his young wife, a couple who show up at their home and the chaos that ensues

Jennifer Lawrence’s latest film, “Mother!,” is under fire by one critic who feels it is an attack on Christianity, but it remains to be seen if the backlash will result in another “Last Temptation of Christ” situation.

National Review film critic Kyle Smith blasted the movie in his review, saying it might be “the vilest movie ever released by a major Hollywood studio” that will represent a “stain on the reputation” of Paramount Pictures. Smith warned that “pregnant women, those with nervous constitutions or heart conditions, and anyone who happens to be burdened with good taste” should stay far away from the film.

The thriller, which opens on Sept. 15, is directed by Lawrence's boyfriend Darren Aronofsky and features household names such as Javier Bardem, Ed Harris and Michelle Pfeiffer, in addition to Lawrence.

While “Mother!” has received mostly positive reviews otherwise, many other critics have been quick to point out the biblical metaphors in the film. The New York Post said the religious similes are “easy enough to pick up if you know in advance that they’re there,” while also noting that the film is simply “terrifying.”

Rolling Stone called it a “biblical allegory, with intimations of "Rosemary’s Baby.” The Associated Press said “the Old Testament crashes into modern anxiety” in the film.

Nick Vadala of Philly.com wrote: “From the religious and political imagery to its remarks on celebrity culture and the nature of creativity, ‘Mother’ is a film seemingly designed for any number of interpretations.”

Back in 1988, Martin Scorsese’s “The Last Temptation of Christ” was highly criticized and even banned in several countries after several religious groups organized boycotts of the film. Scorsese’s film was significantly more obvious than “Mother!” when it comes to religion, as it literally features a crucified Jesus envisioning coming down form the cross to marry Mary Magdalene.

Meanwhile, Lawrence isn’t exactly a favorite among conservative circles these days as she recently suggested the devastating hurricanes in Texas and Florida were signs of “Mother Nature’s rage and wrath” at America for electing Donald Trump.