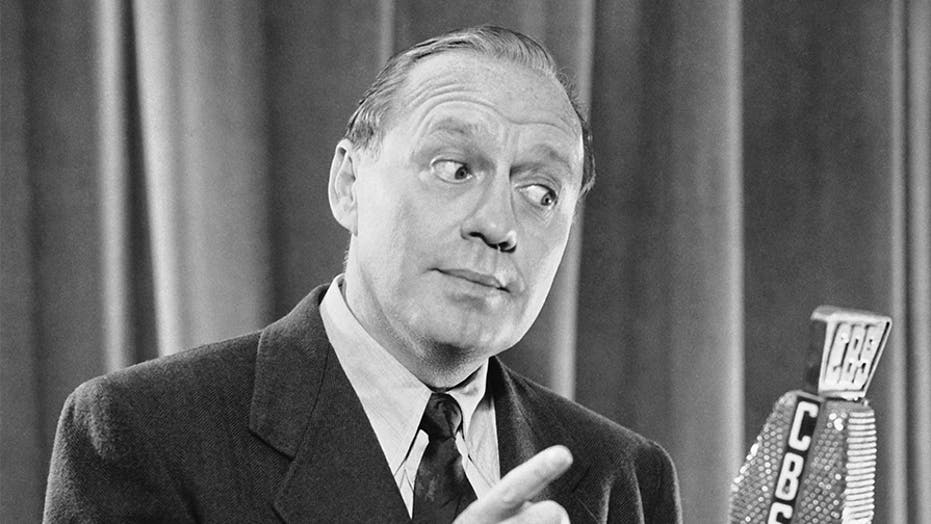 Jack Benny will always be “the nicest person” his daughter Joan Benny has ever known.

The celebrated comic who brought laughter to America for 40 years passed away in 1974 at age 80 from cancer. Joan, 86, has vivid memories of the man she still “absolutely” adores.

“He was a truly nice man,” she recently told Closer Weekly, “which is apparently rather unusual for comedians. Do you remember the name Abbe Lane? She was on the bill with my dad as an opening act and I got to know her. She said, ‘You know, your father was so unusual. I’ve worked with every comedian in the business and they are all totally insane, but your dad was the best.'"

Joan, who was adopted by Benny and his wife, radio comedienne and actress Mary Livingstone, always knew her father was different from other dads.

Family portrait of American comedian Jack Benny, his wife, Mary Livingstone, and their teenage daughter Joan Benny, seated together in a living room, circa 1945. (Photo by Hulton Archive/Getty Images)

“I’m not sure whether I came in first or second, but I think the show came first,” she told the outlet. “That was fine. We were actually very close because my mother didn’t like to do out much so I went with my dad to all the baseball games. And I traveled with him when he went to different cities, playing concerts. On top of that, he was a great grandfather. He adored his first grandson, Mike. When I was married and had children, I lived not too far away, so Dad would come over every two or three days for a cup of coffee and see his grandchild.”

Despite his lasting success in vaudeville, film, radio and TV, Joan shared Benny “remained pretty unaffected and unchanged” by fame.

“He said in an interview that he had all the foibles that normal people have and they identified with him,” she explained. “The miser, the somewhat pompous, somewhat put upon guy -- all the things that he was on that show, he said was a reflection of the population in general. People identified with that and they also knew in spite of his character, he only played being cheap. People knew that he was a nice man under whatever it was he was playing. He came across as being a really nice person.”

Jack Benny on a radio show at CBS, circa 1933. (Photo by Underwood Archives/Getty Images)

Joan described Benny as a star who rarely lost his temper and loved meeting fans wherever he went.

“He loved signing autographs,” she recalled. “He loved being famous. There was a time when, I believe, he went to a country in the Caribbean where they didn’t know him and didn’t speak English. He spent a day there and nobody asked him for his autograph, so he was on the next plane home. Like I said, he really did like being famous, signing autographs and talking to his fans.”

Joan also insisted her father didn’t mind playing the same character over the years. In fact, he enjoyed entertaining his loyal followers, whether it be on the radio or television.

“As far as I know, he just did it without a problem,” she said. “A lot of people get burned out doing something for so many years and they’ll sit there and say, ‘I don’t want to do this anymore,’ but it seems like he was very happy to do it. He was also very lucky because that character he created made the transition very easily from radio to television. Unlike other radio shows that couldn’t make that transition to television.”

Joan also shared that his friendship with fellow comedian George Burns was the real deal. Burns passed away in 1996 at age 100.

“George Burns was the funniest man of all time in my life,” she said. “He and my dad were joined at the hip. They adored each other and it all started way back in the days of vaudeville. At the time, my father was a bigger star than Natty -- we called him Natty because his real name was Nathan Birnbaum - but they just connected with each other.”

According to the outlet, Benny originally left the stage back in 1917 to join the Navy during World World I. But during his time there, he entertained soldiers with his violin. He later signed a five-year deal with MGM and also received his own radio show, titled “The Jack Benny Program,” in 1932. It was there where he created the signature character audiences across the country fell for.

The outlet noted the radio show ran from 1932 to 1955 and also made the leap to television where it became just as popular. The show aired from 1950 to 1965 with five years of overlap in the two mediums.

In 1934, Benny adopted Joan, which he described in his joint biography with his daughter, titled “Sunday Nights at Seven: The Jack Benny Story.”

“Mary and I decided to adopt a daughter,” he wrote, as quoted by the outlet. “Joanie was about two weeks old the first time I saw her. She was long and skinny and wrinkled all over her face and tiny arms. Her little legs looked crooked and were wrinkled all over, too, and her eyes were very blue. She was bawling so loud and she looked very mad… I couldn’t believe my eyes. ‘Is this the one you picked?’ I asked Mary. Mary was smiling a secret smile. ‘Yes,’ she said. ‘Isn’t she darling?’ ‘How can you want to adopt a funny-looking thing like that one?’ ‘I can’t help it,’ Mary said. ‘I just love her.’ She became very beautiful and I fell in love with my daughter before she was living with us for even two days. She completed our lives.”

“I told her about how when I first saw her I thought she was so ugly and how it was Mary who had wanted her so and how much Mary loved her and that these rules she hated were for her own good and necessary for her own happiness,” he continued. “Not long after I had this little heart-to-heart talk with Joanie, one more she said suddenly out of a clear sky, ‘Daddy, I love you very much.’ I said, ‘Joanie, you don’t love me as much as I love you.’ And then -- mind you, she wasn’t more than 7 or 8 -- she, remembering our little talk, answered, ‘Yes I do. I love you more because I loved you all my life and you didn’t love me until the second day.’”