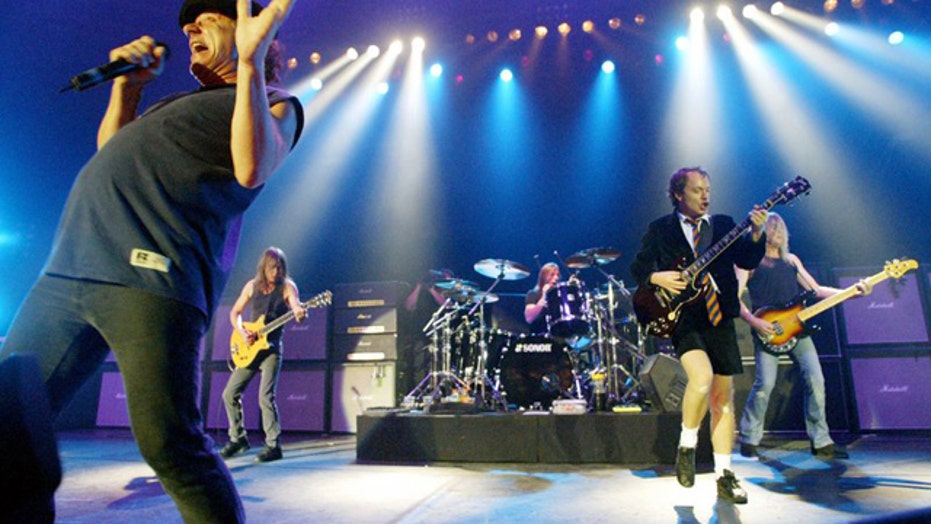 Is AC/DC’s professional future on the “Highway to Hell?”

Earlier this year, the iconic Australian rock band’s co-founder and guitarist Malcom Young bowed out of the legendary band due to dementia. This week, drummer Phil Rudd was arrested and charged in New Zealand with attempting to orchestrate the murder of two people. Prosecutors dropped the murder-for-hire charges on Friday, saying there wasn't enough evidence to proceed.

The band issued a brief statement regarding Rudd’s arrest on its Facebook page, which read: “We’ve only become aware of Phil’s arrest as the news was breaking. We have no further comment. Phil’s absence will not affect the release of our new album ‘Rock or Bust’ and upcoming tour next year.”

The highly-anticipated new album is due to release next month. The use of the word “absence” suggests that Rudd may not be sitting behind the drum kit as the band hits the global stage. With Malcom out too, some industry experts are casting a concerning eye over what lies ahead for one of the highest-selling bands of all-time.

“These unfortunate developments, coupled with Malcom’s health issues isn’t positive for the band and doesn’t bode well for the tour,” Nashville-based music and personality manager Ed Nash told FOX411. “This isn’t really the same band – no one wants to be looked at as a has-been trying to equal former glory.”

While fellow members and management may have only become aware of Rudd’s tangle with the law at the same time the media did, it seems cracks in the relationship were surfacing for some time. On Oct. 4, AC/DC filmed videos for two tracks from the upcoming album without him. At the time, singer Brian Johnson said it was because Rudd had a family emergency.

Two weeks later, the band posted a new group photo on its Facebook page – sans Rudd. No explanation was offered.

Many in the music industry also pointed to the photographs of Rudd heading to court this week – no shoes, disheveled, a sunken and grim face – are a far cry from the man who circled the globe with the band in 2010. Rudd was also charged this week with possession of methamphetamine and possession of cannabis. He entered no plea and was released on bail, and is scheduled to appear in court on Nov. 27.

If Rudd’s time handling drum sticks on behalf of AC/DC is up, Angus Young would become the only remaining original member, but some industry players argue that a fresh shakeup may not be a bad thing for the band.

“A brand as big as AC/DC is bigger than one person. Phil’s arrest shouldn’t affect the album and tour at all. This is just one more hurdle, albeit a very strange and unexpected one,” observed Rolling Stone journalist Steve Baltin. “Joe Perry of Aerosmith told me AC/DC was the band they would most like to go out with and Slash called them the greatest arena show in the world. AC/DC puts on such a strong live show fans will clamor to see it at least one more time.”

In fact, Dr. Dwight DeWerth-Pallmeyer, associate professor and director of communication studies at Widener University, who specializes in popular culture and mass media, went as far as to say that the Rudd troubles may actually end up being profitable as it “cements their image of being bad boys.”

Rudd first joined AC/DC in 1974, but was booted in 1983 amid reports of drug and alcohol abuse, as well as clashes with Malcom Young. He rejoined in 1994.

He is no stranger to legal troubles. In 2010, he was busted by authorities and later convicted for having 25 grams of marijuana aboard his boat. The criminal violation was later scrubbed from his record to avoid complications in getting international visas for AC/DC tours. He was accused of lying about the charge when applying for a pilot’s license, but a judge dismissed it citing insufficient evidence. Employees of Rudd’s New Zealand restaurant successfully sued him for wrongful termination earlier this year after he had them fired in 2012 for delivering his dinner order to his airport hangar instead of his boat.

Yet according to Damon Williams, vice president of programming for Music Choice, losing both Rudd and Malcom Young from the lineup is no reason to quit now.

“This has been a tough year for AC/DC – but touring is part of the AC/DC DNA. They have made it an integral part of their album promotion,” he added. “Given their past history of having new members come in and others fill in, it is not that big of a deal. Music lives. They have had so much success over the past 40 years, if they could make it through the death of lead singer Bon Scott in their early years in the ‘80s, they can make it through anything.”