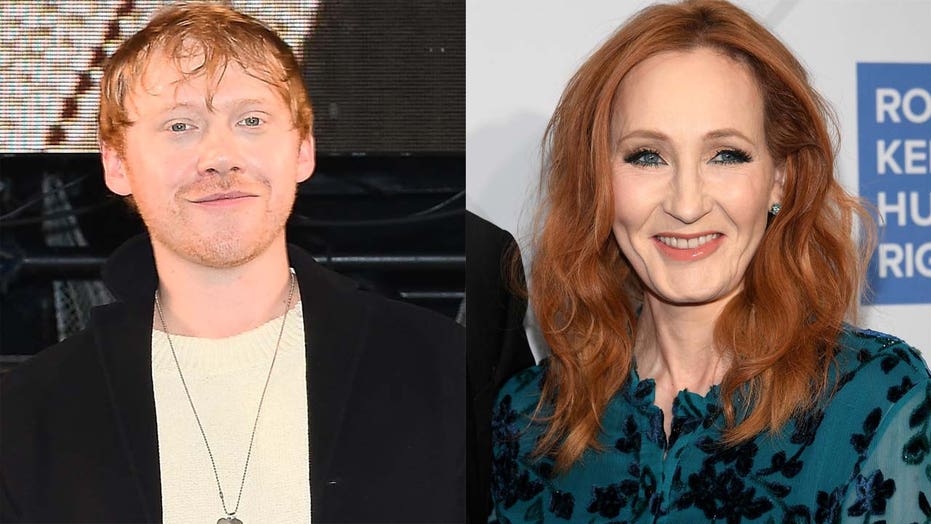 Rupert Grint is the latest member of the "Harry Potter" family to respond to J.K. Rowling's recent comments on transgender individuals.

Last weekend, Rowling, 54, posted a tweet mocking an article that made reference to "people who menstruate," urging writers to use the term "woman."

The statement irked many fans, who condemned the comments as transphobic, to which she responded on Twitter.

"If sex isn’t real, there’s no same-sex attraction," Rowling wrote. "If sex isn’t real, the lived reality of women globally is erased. I know and love trans people, but erasing the concept of sex removes the ability of many to meaningfully discuss their lives. It isn’t hate to speak the truth."

Fans also condemned her second statement, prompting her to pen an essay on the matter, attempting to explain her perspective.

Now, Grint, one of the stars of the "Harry Potter" film franchise, has spoken out himself.

"I firmly stand with the trans community and echo the sentiments expressed by many of my peers. Trans women are women. Trans men are men," said Grint, 31, in a statement obtained by Fox News. "We should all be entitled to live with love and without judgment."

"Trans people are who they say they are and deserve to live their lives without being constantly questioned or told they aren’t who they say they are," Watson, 30, tweeted. "I want my trans followers to know that I and so many other people around the world see you, respect you and love you for who you are."

Similarly, Eddie Redmayne, who has starred in the "Harry Potter" spin-off franchise "Fantastic Beasts" -- also penned by Rowling -- said he disagreed with the writer's point of view.

"As someone who has worked with both J.K. Rowling and members of the trans community, I wanted to make it absolutely clear where I stand. I disagree with Jo’s comments," said the actor, 38.