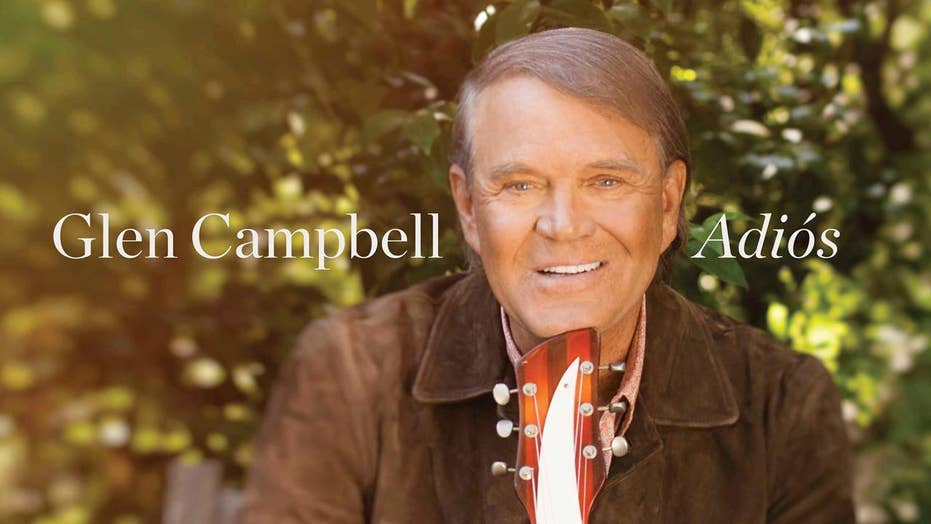 Glen Campbell's last record, "Adios," is a swan song for the ailing Grammy-winning performer and TV personality, but his daughter said the recording was also therapeutic for him as well.

Campbell, known for his hits such as "Wichita Lineman" and "Gentle on My Mind," was diagnosed with Alzheimer's disease in 2011 after signs of memory loss. His 2011 farewell tour was captured in a popular Oscar-nominated documentary called "Glen Campbell: I'll Be Me," which won a Grammy for its soundtrack.

But shortly after the tour ended in 2012, Campbell's family knew he might never get another chance to record.

"We definitely were seeing a decline, so we wanted him to be able to do this, while he still could," Ashley Campbell said. "So definitely we didn't think there was going to be another album."

The album, released Friday, features songs that Campbell has loved to sing, but never recorded, including songs made famous by Bob Dylan, Linda Ronstadt and Johnny Cash. His longtime banjo player Carl Jackson produced the album, which includes guest vocals from Willie Nelson, Vince Gill as well as his daughter, who is also a musician and singer.

"When we recorded it he could still sing these songs," said Campbell. "And we could get him into the studio and he had so much joy being in the studio and working with Carl. So it was definitely, I think it was therapeutic for him as well."

These days, the 81-year-old singer is in the late stages of Alzheimer's and has aphasia, which means he cannot speak or understand speech, according to his daughter. But she said he is happy in a memory care facility in Nashville.

"He is doing so much better than a lot of other people in his position," Campbell said. "Instead of being scared and confused all the time, he is just happy and loves being around people. And enjoys his desserts and all that. It's nice to know that we have some kind of bright side in this dark situation."

She said that she still plays music for her dad, even if he doesn't always understand he's listening to music.

"But sometimes if you sit there long enough or if he's in the right head space, he will hear it and enjoy it," Campbell said. "He will close his eyes and he can kind of feel it. He'll tap his toes. Or start singing along in some other way. He won't be singing the song you're singing but he'll realize you're singing and he'll try to sing with you. So it reaches him sometimes, so it's definitely worth doing every time."