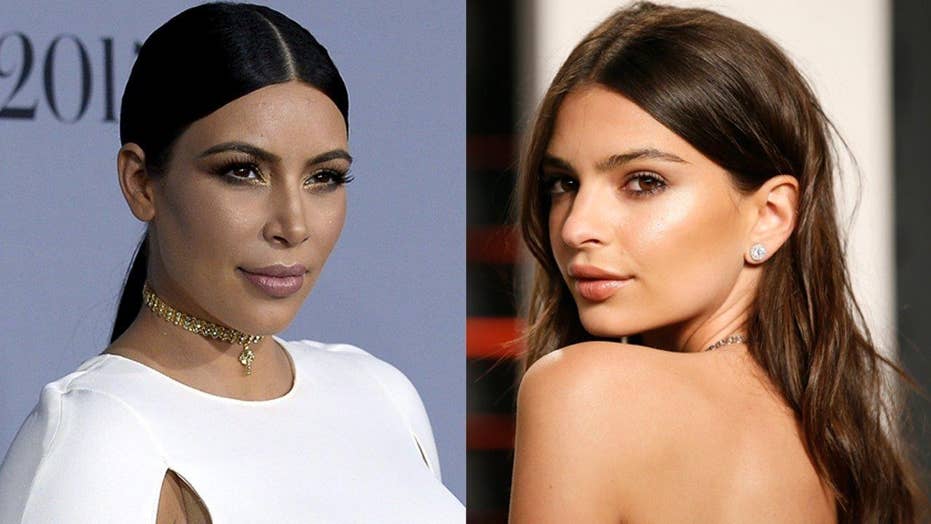 She Said He Said: Debate over whether the pic went too far

Emily Ratajkowski and Bella Hadid showed off their insane bikini bodies as they enjoyed a break in the sun before Christmas.

The top models looked sensational in a pair of black bikinis as they posed seductively on a jet ski together, The Sun reports.

Bella, 20, was taking a much-needed break with her pals after making her Victoria’s Secret debut in Paris. Also on her trip to an unknown exotic location was her fellow Angel Elsa Hosk.

The girls all shared some sexy Instagram snaps with Emily showing off her sand-covered peachy bum in one racy pic.

Emily, 25, has been busy filming the sexy Love Magazine advent calendar which saw her writhing around in a leopard print coat.

It comes after she slammed photographer Jonathan Leder for releasing nude photos of her. The model stripped down to her bare body for a shoot four years ago and the pics have since been leaked.

The "Gone Girl" star thinks the published pictures are a “violation” of her privacy because they have been used out of context.

The brunette beauty took to social media to share her upset, tweeting: “I’ve been resisting speaking publicly on the recently released photos by Jonathan Leder to avoid giving him publicity. But I’ve had enough. This book and the images within them are a violation.

“5 out of the now 100s of released photos were used for what they were intended: an artful magazine shoot back in 2012 (sic).”

Emily — who shot to fame after prancing around without her clothes on in Pharrell Williams and Robin Thicke’s "Blurred Lines" music video — believes Jonathan’s actions go against everything she in believes in.

She continued: “These photos being used w/out my permission is an example of exactly the opposite of what I stand for. Women choosing when and how they want to share their sexuality and bodies. (sic).”

The explicit pictures, which have reportedly been published without her permission, have been printed in a book titled "The Emily Ratajkowski Collector’s Edition" by Imperial Pictures Publishing and include over 70 portraits of Emily in her birthday suit.

In the images, Emily can be seen kneeling up against a chair clutching at her breasts at the Cape House in Woodstock in New York, while looking seductively into the camera.

This story originally appeared in The Sun and has been republished here with permission.