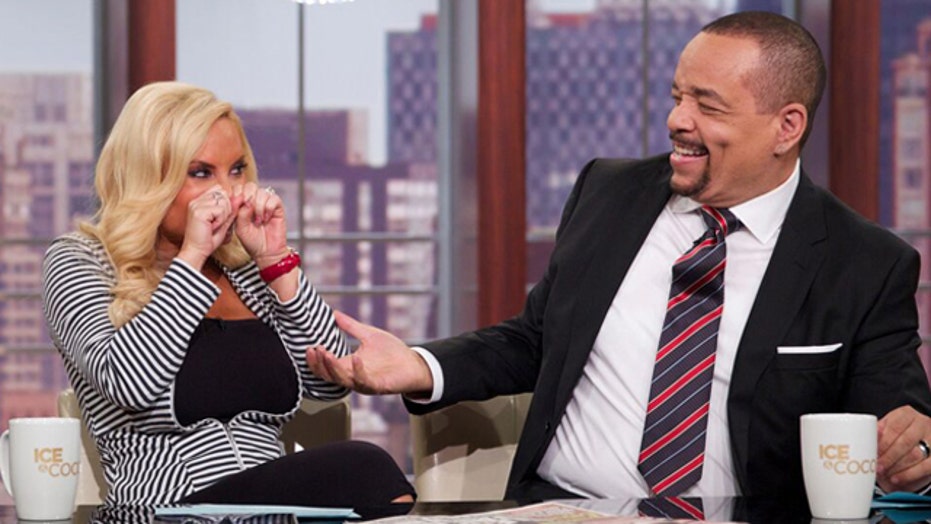 Ice-T: I could make a baby through a brick wall

“In response to the critics of my small baby bump, the thing I constantly ask my doctor, ‘Am I healthy? What is going on? Have you seen this before?’ My doctor says yes,” the mom-to-be lamented in her pregnancy blog for E! News.

Austin, 36, who is set to welcome daughter Chanel with husband Ice-T next month, has been raising eyebrows throughout her pregnancy over her not-so-bulging bump. The talk show host claims her athletic frame is to blame.

“My doctor says yes, athletes look like this all the time because they have such strong abs muscles that it takes longer for the bump to pop out,” she wrote. “I almost feel like I kind of got gypped a little because women start seeing something of a baby bump at four to five months. I didn’t see anything until eight months.”

“I was kinda feeling gypped in a way because when you’re pregnant, you want a bump.”

With her swollen belly finally making its debut, Austin noted that this is the moment she has been waiting for.

“She’s finally showing herself and I’m loving every moment. I’m actually telling people that no doubt, I could be pregnant for the rest of my life.”

Four4Four: 'Big Bang' stars dating on the down low?