Ant Anstead has finally wrangled all three of his children for some good old-fashioned holiday fun, the first time he’s been able to do so in over two years.

Now, Anstead, who is head over heels in love with actress Renee Zellweger, 52, said he’s right at home spending time with his kids after coronavirus lockdowns halted limited visits and get-togethers for many in the last couple years.

"Movie night with cosy [sic] blankets and popcorn," the British-born TV host captioned an Instagram selfie of he and his brood nestled in his Laguna Beach, Calif. home. "My heart is FULL [heart emoji] Happy Christmas x x."

Anstead previously told People magazine he couldn’t wait to spend time with his kids after the "very different Christmas" he and many experienced last year.

"My two oldest children got to come over to the USA for the holidays! I am so looking forward to all of us being altogether this Christmas," Anstead said. "Hudson was just 12 weeks old the last time Amelie and Archie got to see him in person. Then COVID hit and the borders shut down."

CHRISTINA HAACK GETS TO KEEP HOMES, WEDDING RING, AND MORE IN DIVORCE FROM ANT ANSTEAD: REPORT

"It was just Hudson and me for the holidays," he recalled of the unprecedented instance.

As for how he plans to make the most of the exciting time with children, The Discovery+ personality said simple and easy is the way to go.

"I am looking forward to midnight mass with my kids, and we have a very traditional British family meal planned on Christmas Day," Anstead explained to People.

"One of my fondest childhood memories was spent playing board games, and I am looking forward to playing ‘Pictionary,’ ‘Monopoly’ and ‘Guess Who’ with them on Christmas," he added. "It will be a very low-key holiday filled with family."

The outlet shared that in Zellweger’s episode, fans will see Anstead and Cristy Lee help her surprise brothers Jerome and Jerald. The pair previously served as 24-hour caregivers to Zellweger’s late publicist, Nanci Ryder, during her battle with ALS. Ryder died in 2020 at age 67. 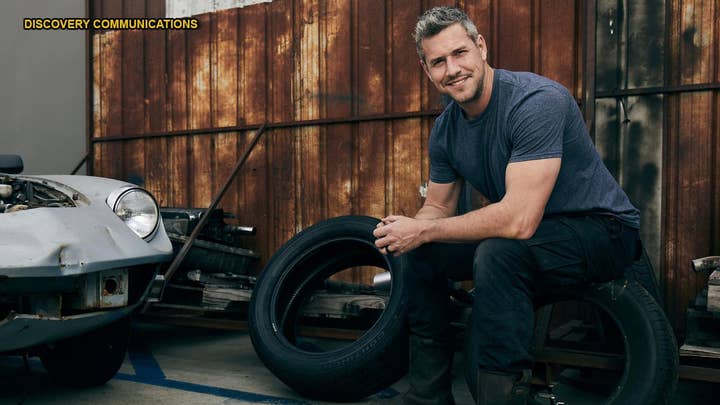 A source told the outlet that Zellweger and Anstead instantly bonded over common interests, including their appreciation of cars.

"Sometimes two people just meet and click, and the timing is right," the source told the outlet. "Renee is creative ... and often goes for guys who think out of the box. She's smart, thoughtful and always looking to expand horizons and nurture those around her."

"Both of them are private and dislike public scrutiny, so they have that in common. He's a creative guy with lots of interests, and she likes to write and produce, so they have things to talk about when together," the insider added.