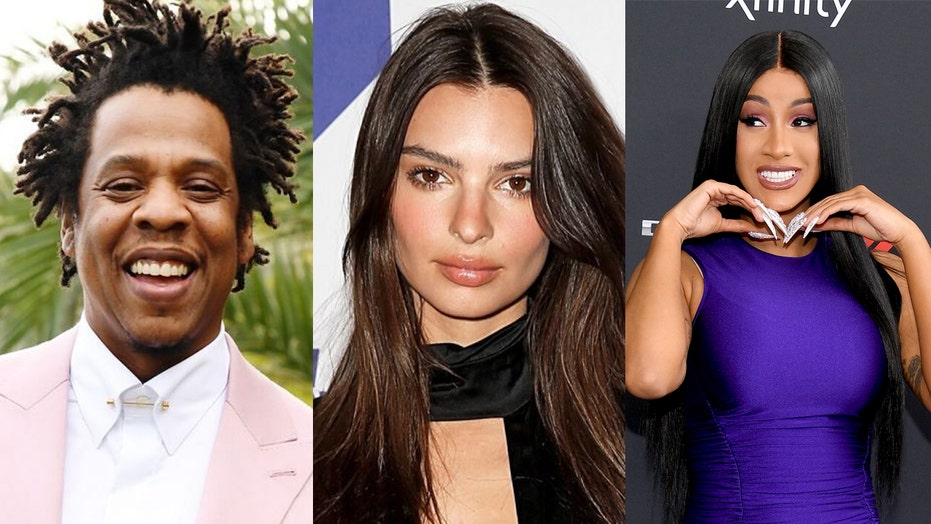 Millions of people watch the Super Bowl each year, and celebrities are no exception.

Like years past, many celebrities have been seen at this year's big game.

Here are some of the biggest stars at Super Bowl LIV:

One of music's most famous families was spotted at the game.

Jay-Z's entertainment company has a hand in the halftime show, so it's no surprise that he was there with his family.

Photos of the trio are scarce, but TMZ was able to obtain some of the family staying seated during Demi Lovato's performance of the national anthem.

Cheifs superfan Paul Rudd was spotted at the Super Bowl, and he spent time with a couple of his famous pals.

The rapper and producer was spotted at Super Bowl LIV.

Khaled, 44, also starred in a commercial with Jennifer Lopez, Alex Rodriguez and Pitbull.

Emily Ratajkowski was seen at the big game with her husband Sebastian Bear-McClard.

JAY-Z SAYS HE TURNED DOWN THE SUPER BOWL HALFTIME SHOW AFTER NFL ASKED FOR HIGH-PROFILE GUESTS: 'IT WAS A PRINCIPLE THING'

Funnyman Kevin Hart was spotted speaking with the press outside of Hard Rock Stadium in Miami.

Cardi B posted a video of herself singing and dancing along to Jennifer Lopez's performance at Super Bowl LIV. (Cardi B/Instagram)

Rapper Cardi B shared several videos on Instagram for the big game.

Among the videos she posted were clips from Demi Lovato's national anthem performance, and Jennifer Lopez's "Jenny From the Block."