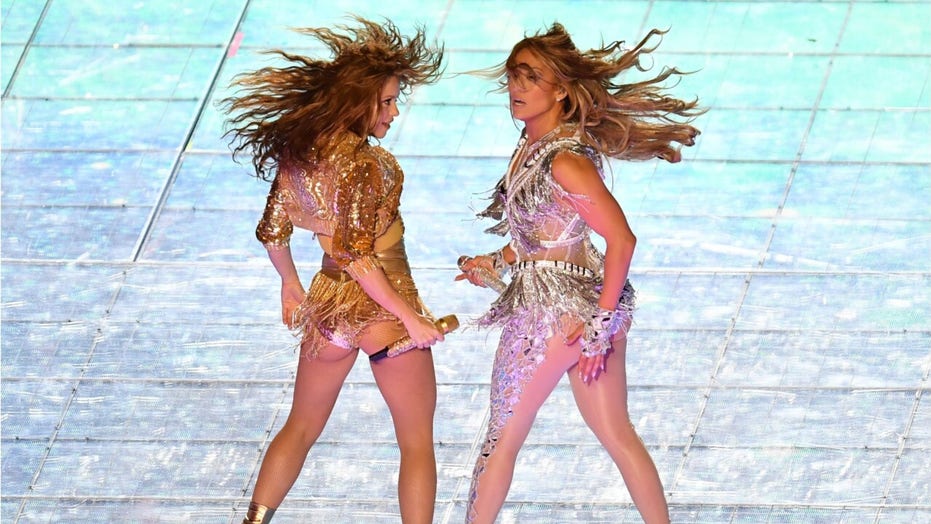 Jennifer Lopez isn't just performing at the Super Bowl LIV halftime show, but she also starred in an ad.

In a commercial promoting the Hard Rock Hotel & Casino in Miami, a masked man posing as a window cleaner is able to swipe Jennifer Lopez's blinged-out cup while she prepares her makeup.

Lopez, 50, takes off running, chasing the thief through the resort's pool, where she calls on Pitbull for some assistance. Pitbull's pal chucks a pineapple at the runner, knocking him into the water.

Lopez and the thief run through the hotel's spa, restaurant and casino.

While running through the hotel's concert venue, Lopez asks Steven Van Zandt for help and he points her in the right direction.

When Lopez finally catches the culprit, she pulls back their mask to reveal fiance Alex Rodriguez.

"Alex?" she says in surprise.

But when Lopez turns around, she sees Rodriguez again, this time walking toward her, saying, "Jen, you're late!"

Lopez reaches out and pulls another mask off of the thief, revealing that DJ Khaled was actually the culprit all along.

"J. Lo, it's me," says Khaled as a security guard drags him away.

Lopez snags her cup back and runs away as Khaled, 44, says "We the best! J. Lo, I love you, stop tripping!"

Lopez runs away with her cup, leaving Khaled in the dust.