Brooks Laich is feeling the physical effects of being away from his spouse during the coronavirus pandemic.

The professional hockey player revealed his truth on Wednesday during the latest episode of his podcast, “How Men Think," and opened up about the lack of sex drive he’s experiencing while quarantining separately from wife Julianne Hough.

“I’m in Idaho, my wife is in L.A., so not much of that [sex] going on here,” Laich, 36, divulged to his listeners. “I would probably lose my sex drive when stress ramps up, that’s just what I feel in this situation.”

Laich then explained what his day-to-day routine consisted of in self-isolation and admitted that after working long hours on his property he simply doesn’t have the energy to work up an interest in doing the deed.

“It’s all Idaho bush, I’m cutting down trees, clearing brush,” he explained. “After that, I took supper and I make a fire and then I’m wiped out, I really don’t have a sexual charge, I’m so wiped out.”

Laich and Hough, 31, a former “America’s Got Talent” judge, have been mired by rumors that their marriage is on the rocks, and Laich candidly admitted that had she been holed up in the same location as him, his drive would likely be still be affected.

“During this quarantine time, I’m not in the proximity to my wife,” he said. “I’m not in the same room with her, and with what I’m doing here, that my sex drive wouldn’t be at its peak.”

The two-time professional champion of “Dancing with the Stars” and the ex-show judge is currently taking up solace in Los Angeles and was even spotted with actor Ben Barnes earlier this month in photos obtained by People magazine, despite insiders maintaining nothing is amiss in her marriage to the former LA Kings player. According to People, Barnes and Hough have apparently been friends for years.

Shortly after Hough was seen with Barnes, she told Oprah magazine on April 22 that she was enjoying “this time to stop and pause” following a three-month tour departure.

“I’ve been on my own,” she told the publication. “My husband is in Idaho doing lots of yard work … and so we’re kind of doing our separate things right now. But it’s really been a magical time.”

Hough added in the interview that she’s "really enjoying this time where I can connect to what's really important in my life."

Laich also doused any notion that he and Hough would make a quarantine baby and explained why.

“That reason is so bad because who knows, it could lift in a month, it could lift in two weeks," he explained. “Just because you have nothing else to do right now, that’s not a reason to bring a life into the world.”

He pressed: “You can still have sex without having to create a baby. Like, the world is going to come back, the economy is going to open up, travel will open up again … I don’t foresee us being on lockdown for the next four years where it’s like we’ve got nothing else to do, we might as well have a baby.”

Laich and Hough married in July 2017 but rumors started last year that they might be headed towards divorce. A source recently told People magazine that the pair is "still together." 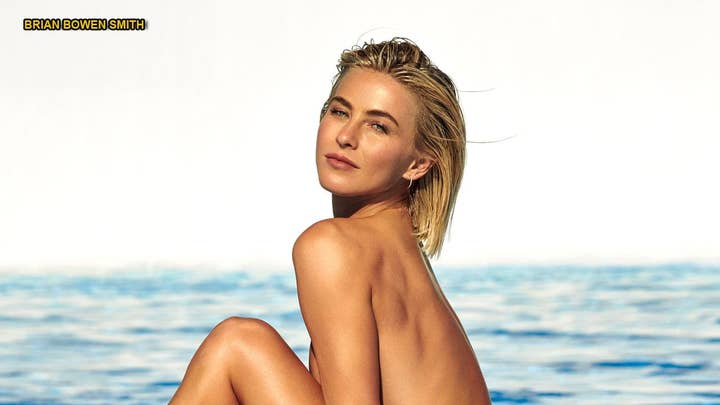 “Their relationship has always been like this, though — they like to do their own thing," the insider revealed. “Their marriage is not perfect, but they continue to work on it."

“They speak all the time. Brooks is coming back to L.A. once the stay-home order is lifted," the source added.