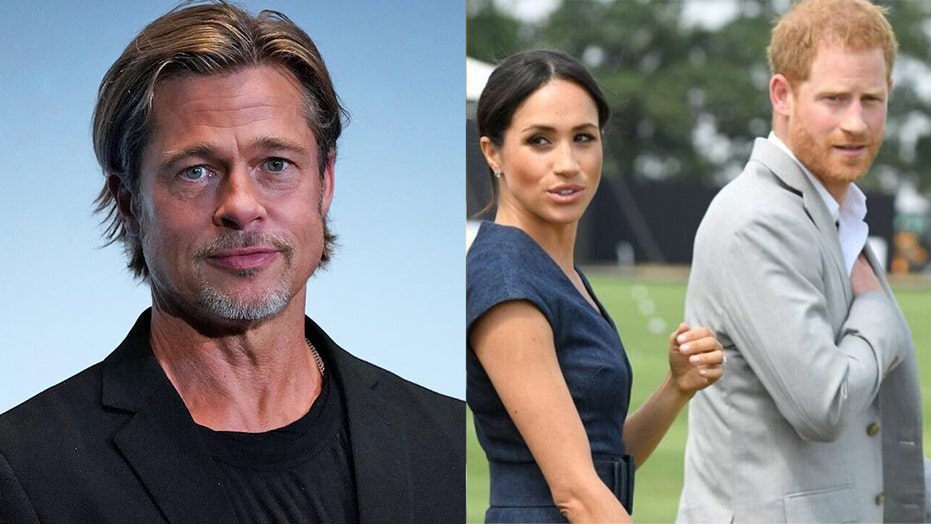 Brad Pitt poked fun at both “Brexit” and “Megxit” while having Margot Robbie accept his award for best supporting actor at the 2020 BAFTAs.

The 56-year-old celebrity was unable to attend the event at the Royal Albert Hall in London but tasked his “Once Upon a Time in Hollywood” co-star with accepting the accolade on his behalf and reading a few tongue-in-cheek remarks he had prepared.

Robbie took the stage to note that she regrets that Pitt couldn’t attend due to “family obligations” before reading a few excerpts from his planned speech.

“He then says, ‘Thank you to the Academy for this extreme honor.’ He says he’s ‘always been a bit intimidated over here given the Royal Academy of Dramatic Arts and the titans that have come before, so this is especially meaningful,’” she continued.

After thanking a slew of the people that worked with him on “Once Upon a Time in Hollywood,” Pitt’s speech took a jab at Meghan Markle and Prince Harry’s recent decision to step back from their senior royal duties, relinquish their “royal highness” titles and live financially independent of the crown in both North America and the U.K.

“He says that he is going to name this Harry,” Robbie said, holding up the trophy. “Because he is really excited about bringing it back to the states with him… His words, not mine!”

Pitt has been bringing the laughs throughout awards season as his role in the Quentin Tarantino-directed movie continues to land him accolades. Speaking at the 2020 Golden Globe Awards, Pitt cracked a joke about his high-profile dating life.

“I wanted to bring my mom, but I couldn’t because, any woman I stand next to, they say I’m dating… and it would just be awkward,” the star joked.

Soon after at the 2020 SAG awards, he got inspired chuckles once again by joking that he wanted to add his win to his Tinder profile.