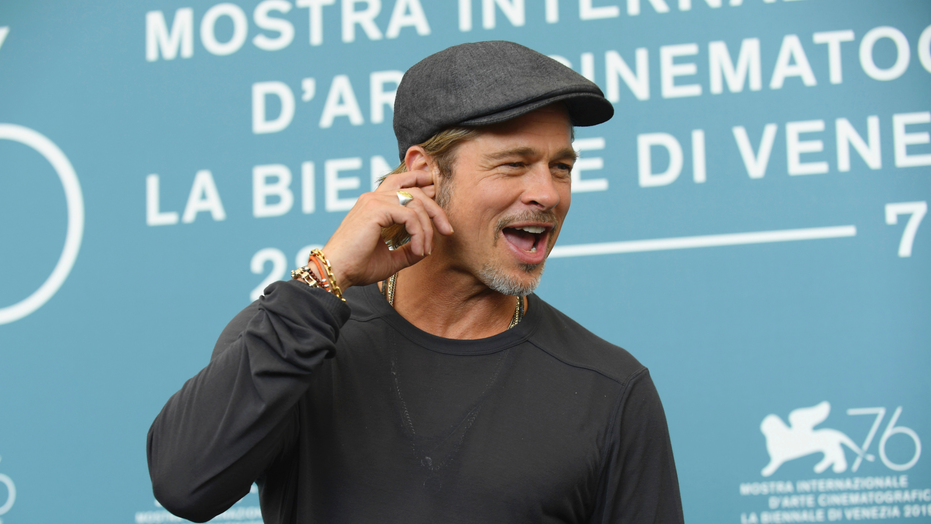 Brad Pitt is clearly becoming more comfortable and open in Hollywood and had no problem displaying some of his signature charm and sense of humor on Monday.

The 56-year-old showbiz staple attended the 2020 Oscars Nominees Luncheon at the Dolby Theatre yesterday in Los Angeles and suffice to say the mega movie star hilariously wore a nametag on his suit as he mingled with other stars, including “Bad Times at the El Royale” standout Cynthia Ervio.

The name tag read, "Brad Pitt. Actor in a Supporting Role, Once Upon a Time... in Hollywood,” as if those in attendance weren’t already familiar with the performer and his work.

Fans on social media immediately rushed to Twitter to poke fun at the “Fight Club” star for thinking folks wouldn’t know who he was, especially considering none of his fellow Oscar nominees appeared to sport theirs, according to Entertainment Tonight.

“#BradPitt wearing a name tag to the #Oscars lunch is freaking hilarious 😂 😂😂,” one tweet read.

"I kinda love how Brad Pitt channeled an intern at their first networking event and wore a freakin NAME TAG to the #OscarsLuncheon where 100% of people would know who he was," another tweet read.

Another user also tweeted a snap of actress Greta Gerwig, donning a satin burgundy suit at the shindig sans nametag.

Meanwhile, another Twitter user shared a photo of Ervio and Pitt mid-conversation and wrote, "‘Hi, my name is Brad Pitt, in case you didn't see the name tag.’ - Brad Pitt to Cynthia Erivo.”

“Avengers” star Chris Evans also rocked a nametag to his 20-year high school reunion in May 2019 in Boston, Mass., during the same weekend “Endgame” became the second-highest-grossing film of all-time.

Pitt has been enjoying a renaissance of sorts as he has been making the rounds during the media marathon that is awards season. 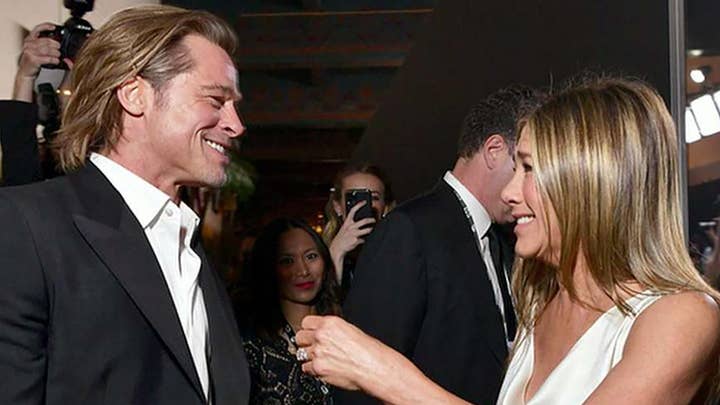 BRAD PITT CLARIFIES HE'S NOT ON TINDER: 'I'M NOT EVEN SURE HOW IT WORKS'

He and ex-wife Jennifer Aniston made waves when the pair were captured in photos sharing embraces in passing while backstage at the SAG Awards on Jan. 19. In one photo that went viral, Pitt even held onto Aniston's wrist after she had placed her hand on his chest.

After the encounter, Pitt told Entertainment Tonight he didn’t think twice about the public sentiment centered on the reunion but admitted he was “blissfully naïve” about the many reactions.