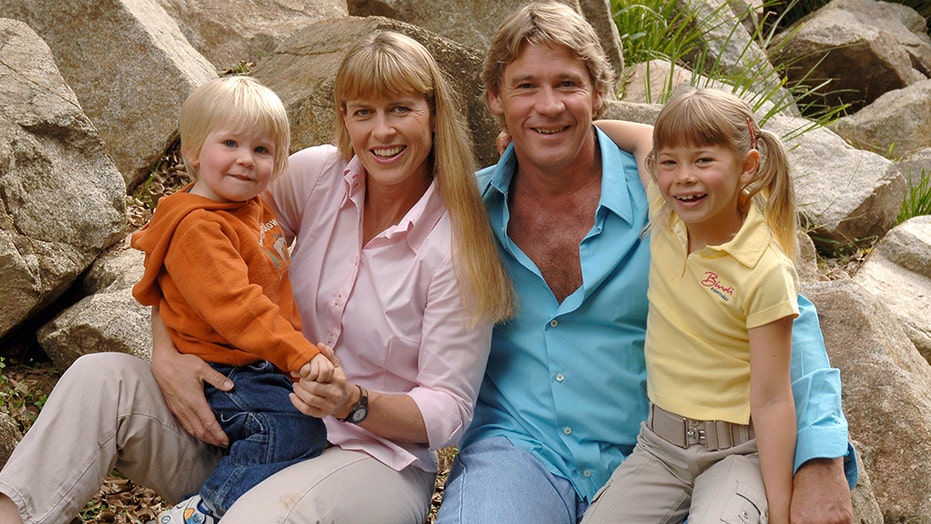 Bindi Irwin is excited about the next phase of her life as she begins wedding planning.

But the 21-year-old took a little time out of her busy schedule to write a heartfelt note to her late father, Steve Irwin, the Crocodile Hunter. He was killed by a stingray in 2006 while filming a documentary.

“Dad, You would be so incredibly proud of Robert,” she wrote on Instagram. “He has been such an amazing support during this beautiful new life chapter. I know you’d be beaming with pride when the time comes that he walks me down the aisle. I wish you could be here for these moments, but I know that your spirit lives on in us.”

Steve's widow, Terri, along with Bindi and her brother Robert, have taken over the family business and continue to work in animal and environmental conservation.

Bindi announced her engagement on July 23 to longtime boyfriend Chandler Powell, 22, who she met at the Irwin family’s Australia Zoo in 2013.

Bindi confirmed to Entertainment Tonight that Robert, 16, will walk her down the aisle.

“I think that, for me, it’ll be really important that Robert walks me down the aisle,” she revealed. “That’s something that I really want to do.”

“I’m always so grateful that Robert is there, and he has been such a big part of my life and he’s always stepped up and been the one to give me a hug when I need it and encourage me forward in life,” Bindi added. “So he will definitely be the one to walk me down the aisle when the time comes, and I think that will make it really special.”

During the reception, she and Terri will have a special mother-daughter dance.

Bindi told People magazine of her engagement, “I’ve met my soulmate and I can’t wait to spend the rest of my life with Chandler. We’ve been together for nearly six years now and he’s my happily ever after.”