The 22nd film of the Marvel Cinematic Universe and the final of the 'Avengers' saga, will play on a record 4,600 screens in the U.S. and Canada.

"Avengers: Endgame" shattered the record for biggest opening weekend with an estimated $350 million in ticket sales domestically and $1.2 billion globally -- proving Marvel runs the universe. The film's box office success marked a new pinnacle in the blockbuster era that the comic-book studio has come to dominate, and also generated a massive problem many studios would love to have.

When just about every moviegoer in the world has either seen or wants to see your movie, how do you stop spoilers from ruining the ending?

The film was just as gigantic overseas, obliterating the previous worldwide record of $640.5 million, also set by "Infinity War." ("Infinity War" didn't open in China, the world's second-largest movie market, until two weeks after its debut.) "Endgame" set a new weekend record in China, too, where it made $330.5 million.

This image released by Disney shows Scarlett Johansson, left, and Jeremy Renner in a scene from "Avengers: Endgame." (Disney/Marvel Studios via AP)

Due to the film's massive appeal, directors Joe and Anthony Russo issued a lengthy statement to urge audiences to keep the events of the film a secret and not spoil its ending for those struggling to buy tickets to the highly anticipated movie.

“This is it. This is the end. The end of an unprecedented narrative mosaic spanning eleven years and eleven franchises,” the directors wrote in a message posted on Twitter earlier this month.

They continued: “Because so many of you have invested your time, your hearts, and your souls into these stories, we’re once again asking for your help. When you see ‘Endgame’ in the coming weeks, please don’t spoil it for others, the same way you wouldn’t want it spoiled for you.”

The statement came after leaked clips from “Endgame” circulated online, giving those that sought out spoilers the ammunition they need to ruin the film for those that avoided them.

Thanks to Russo’s letter, the viral hashtag “DontSpoilTheEndgame” was born. However, not all fans listened to the filmmakers' plea.

With the public appetite clear, the film’s release on April 26 only heightened the danger of spoilers as fans began to trickle in and out of theaters across the world. In a photo that’s since gone viral, a teacher appears to have put a lengthy note on his door begging students not to spoil the movie until he had the chance to see it with his brother, who is out of town until later this week.

In a more violent example of the anticipation for the film, a group of fans waiting to get into a showing in Hong Kong reportedly beat up a man who was loudly talking about the ending while exiting the theater from a previous showing.

A photo from the reported scene shows a man sitting on the ground while appearing to be treated for his wounds.

Meanwhile, Buffalo Bills running back LeSean “Shady” McCoy found himself in hot water and trending on Twitter after posting several tweets with key information about the film’s ending. He even went as far as to post a video of himself freely discussing the final moments of the film without any spoiler warning to his followers that hadn’t yet seen “Endgame.” 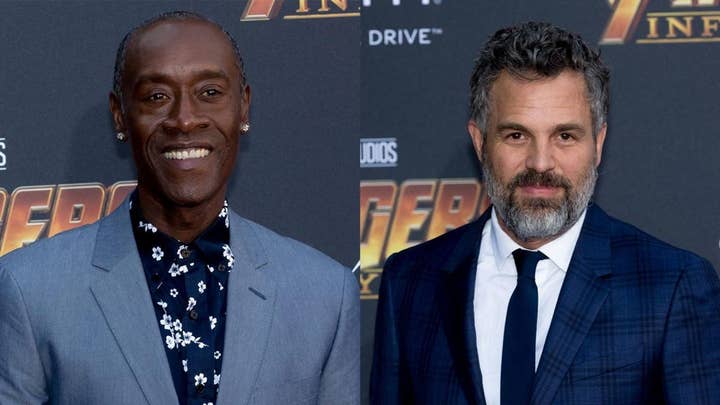 The success of the story’s conclusion proves that this episodic movie-making style is a viable option for success for studios that are willing to be in it for the long haul. Franchise films continue to be a promising prospect in Hollywood, which has watched the Marvel movies pave the way for 22 movies, culminating in a $1 billion success story. However, just because Marvel Studios has put a button on its overarching story does not mean it’s done.

The studio already has plans to continue on with planned projects like “Guardians of the Galaxy 3,” “Spider-Man: Far From Home” as well as rumored sequels for films like “Captain Marvel” and TV projects for Disney’s streaming service featuring characters Scarlet Witch, Loki, Falcon, Winter Soldier and more.